Cheerful high school girl Ha Na (Lim Joo Eun) is always the first to come out and protect her introverted twin sister Doo Na (Park Ji Yeon), who has a slight limp. After Doo Na passes away in a fire, Ha Na finds that her body no longer completely belongs to herself. Doo Na's angry spirit now lives in Ha Na, giving her special powers and monstrous strength. Genius criminal psychologist Shin Ryu (Lee Seo Jin) is an expert profiler who is determined to see justice served. When he learns about Ha Na's abilities, he uses her powers to eliminate criminals that are above the law, and to plan his revenge on the man (Kim Kap Su) who helped his family's killer go free.

This edition comes with the drama's Soundtrack CD, plus audio commentary, interviews, scene sketches, music video, and other extras.

1993년 심은하 주연의
Additional Information may be provided by the manufacturer, supplier, or a third party, and may be in its original language 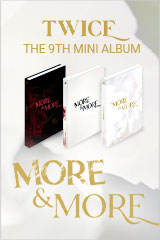