Warmhearted and tough little girl Hye Na (Heo Yool) is constantly abused by her mother Ja Young (Ko Sung Hee) and her mother's boyfriend Seol Ak (Son Seok Goo). Hye Na's substitute teacher Soo Jin (Lee Bo Young) discovers scars and bruises on her body, but she still denies and lies that she got hurt by herself. One night, Soo Jin visits Hye Na's home and shockingly finds the girl wrapped in a rubbish bag and dumped on the roadside. She then decides to take the little girl away on a journey, giving her freedom and a new mother.

- 12디스크+고급아웃케이스+4단 디지팩+2단 디지팩+전회대본집+화보집+스페셜북+넘버링카드
Additional Information may be provided by the manufacturer, supplier, or a third party, and may be in its original language 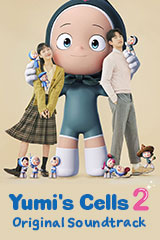