Sign in to rate and write review
Write a Review
All Editions Rating: Customer Review Rated Bad 10 - 10 out of 10 (2)

Since a young age, Monzen sisters Kazusa (Kimura Yoshino) and Lisa (Nakagoshi Noriko) have been driven by their neurotic mother (also Kimura Yoshino) to make it big, planting the seeds of a lifelong sibling rivalry. Kazusa followed in the footsteps of her mother, now exiled to the attic, and became a famous movie star. Plain-looking Lisa dutifully tends to the house and her sister, but she holds more than a few secrets and grudges about her lot. Hanging over both sisters is a shocking curse that strikes the women of the Monzen family when they turn 29, and Kazusa's time is fast running out. Into this tense household wanders Orochi (Tanimura Mitsuki), who becomes an observer and a pawn in the sisters' bloody struggle against fate and each other.

Orochi, (Mitsuki Tanimura) a spirit, wake up every hundred years. One stormy night, a mysterious young girl, Orochi went to a mansion of the Monzen famly for a shelter. The house owner - Aoi Monzen (Yoshino Kimura) was a great beautiful star, and she had two pretty daughters, Kazusa and Risa.

Orochi worked as a housekeeper for the family, and later on she discovered its secret... It is the destiny of Monzen, her beauty crumbled. To save Monzen, Orochi went into a coma 10 years earlier due to severe bleeding 20 years later, Orochi found Kazusa (Yoshino Kimura) who was an exact replica of her mother and becomes the hottest star, too. However, the two sisters obsession with beauty led them to a tragedy that Orochi could never foresee...
Additional Information may be provided by the manufacturer, supplier, or a third party, and may be in its original language

Change Content Preferences
Average Customer Rating for All Editions of this Product: Customer Review Rated Bad 10 - 10 out of 10 (2)

Orochi - a very mysterious watcher Customer Review Rated Bad 10 - 10 out of 10
Did you find this review helpful? Yes (Report This)
numinair
See all my reviews

A Fame monster’s self obsession (on overdrive) Customer Review Rated Bad 10 - 10 out of 10
Did you find this review helpful? Yes (Report This)
View all customer reviews   Write a review and share your thoughts 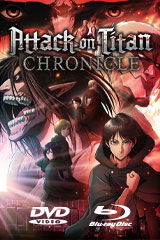 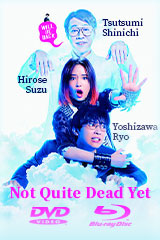