Sign in to rate and write review
Write a Review
Customer Rating: Customer Review Rated Bad 0 - 0 out of 10 (1)

Gyabo! Nodame and Chiaki head to the City of Love in the highly anticipated television special Paris Da! Prague Da!! Gyabo!!! Nodame Cantabile in Europe, which picks up right where the popular drama left off. Based on Ninomiya Tomoko's manga, Fuji TV drama Nodame Cantabile follows the hilarious classical music adventures of Tamaki Hiroshi's straight-laced aspiring conductor and Ueno Juri's quirky piano prodigy. A big hit in Japan when it aired in late 2006, the series was followed up in January 2008 with a two-part SP that sees the odd and endearing couple begin their studies in Europe. In addition to the usual Rising Star suspects like Eita, Uehara Misa, and Koide Keisuke, the Nodame Cantabile adds new cast members Becky from Shinkansen Girl and WaT's Wentz Eiji (Gegege no Kitaro) in a characteristically goofy performance.

Nodame (Ueno Juri) and Chiaki (Tamaki Hiroshi) are feuding, yet loving neighbors again as they start their new life in exotic Paris. Chiaki faces new challenges when he participates in his first conducting competition against another student of maestro Vieira. Meanwhile, Nodame finds more goofy ways to procrastinate with the help of her new friends, heavily powdered Russian exchange student Tanya (Becky) and Parisian otaku Franck (Went Eiji), but she's in over her head when school starts.

lilli
See all my reviews

Paris Da! Prague Da!! Gyabo!!! Customer Review Rated Bad 0 - 0 out of 10
Did you find this review helpful? Yes (Report This)
View all customer reviews   Write a review and share your thoughts 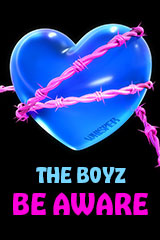