Every March, filmmakers and actors from across Asia gather for the Asian Film Awards (AFA), an ambitious award ceremony that aims to celebrate and promote excellence in Asian cinema. The AFA turns ten this year, and it's certainly come a long way in scope and organization since its start in 2007.

The 10th Asian Film Awards will be held soon in Macau on March 17, 2016, so let's brush up on this year's major nominated films before the ceremony. 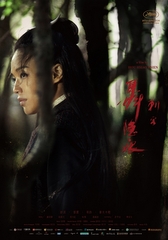 Leading the race with nine noms, Hou Hsiao Hsien's beautifully languorous wuxia masterpiece, his first feature film in seven years, has already won Best Director at the 2015 Cannes Film Festival and a multitude of prizes at the Golden Horse Awards. The Taiwan auteur's revered artistry and reputation in Asian cinema alone already make Assassin a clear frontrunner for the top prizes; expect it to be called multiple times come award night. Appearing in her second Hou film after Three Times, Best Actress nominee Shu Qi delivers one of the best performances of her career as the stoic assassin tasked with killing her first love. 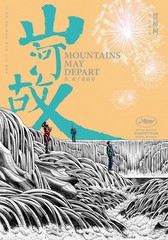 Since winning Best Director at the inaugural Asian Film Awards with Still Life back in 2007, festival favorite Jia Zhangke has been surprisingly absent from the AFA shortlist (partly because he has made more documentaries than narrative features in the years between). His latest Mountains May Depart, which screened in competition at Cannes, is also among his most ambitious. The multi-generation tale of love, loss and displacement carries from a woman's life-changing decision in a small mining town in 1999 China to the struggles and anguish of her alienated son in 2025 Australia. Jia's wife and muse, Zhao Tao, is up for Best Actress. 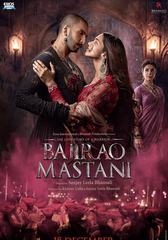 Fifteen years in the making, Sanjay Leela Bhansali's Bajirao Mastani is an epic romantic melodrama in the tradition of Devdas and Saawariya, but with an even grander backdrop of war, royal intrigue and the rise and fall of a Peshwa in early 18th century India. In the star-crossed roles of Bajirao and Mastani, Ranveer Singh and Deepika Padukone form the fated pairing of a battle-scarred Peshwa and an illegitimate warrior princess who throws caution to the wind to follow her heart. Praised for its dazzling production values and performances, the film made hefty box office and swept nine prizes at the 61st Filmfare Awards. 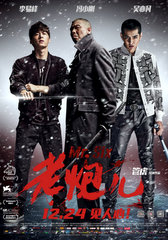 Guan Hu has carved a respectable, idiosyncratic corner of Chinese cinema for himself since 2009's Cow, but Mr. Six has elevated his work to a new level. Even with the backing of Huayi Brothers and an idol-populated cast, Guan's first commercial blockbuster stays true to his atypical storytelling sensibilities, turning what sounds like a gangster actioner into a character study of an aged thug who refuses to go quietly into the night or to relinquish the old-time values that he represents. One of China's biggest directors, Feng Xiaogang turned in a Golden Horse-winning performance onscreen as the eponymous Mr. Six who confronts a young generation of rich street racers to save his son. 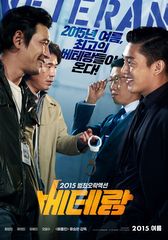 A big hit with both audiences and critics alike, Veteran handily lives up to director Ryoo Seung Wan's reputation for high-octane crime and action. Stars Yoo Ah In and Hwang Jung Min both operate on intense overacting mode in the fast-paced thriller about the showdown between an utterly out-of-control corporate heir who lives above the law and a dogged, old-school cop who won't back down. Ryoo, who already bagged Best Director trophies from the Blue Dragon Film Awards and the Korean Association of Film Critics, mixes The Unjust's blood-boiling indictment against corrupt corporate powers with the brutal action and crime suspense that make for a good time at the movies. 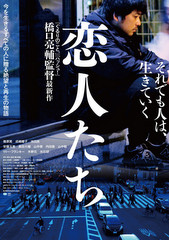 Seven years after All Around Us, writer-director Hashiguchi Ryosuke returns with another raw and worldly human drama about love, loneliness and alienation. Employing a main cast of mostly no-name actors selected through workshop auditions, the film weaves together three separate yet connected stories about a grieving man overwhelmed by the murder of his wife, an elitist gay lawyer with a miserable love life and a housewife stuck with an indifferent partner and an over-bearing mother-in-law. 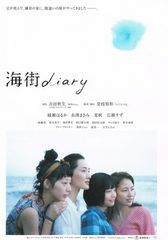 Kore-eda Hirokazu won Best Director in 2009 for Still Walking and he's nominated again – his third time – this year for Our Little Sister, which just swept Picture of the Year and Director of the Year at the 39th Japan Academy Prize earlier this month. The simple yet stirring slice-of-life drama, which screened in competition at the Cannes Film Festival, revolves around three sisters living together in the seaside city of Kamakura and the changes they experience after taking in their 13-year-old half-sister. Nominated for Best Actress, Ayase Haruka plays the stiff and serious eldest sister who carries too much on her shoulders and in her heart. 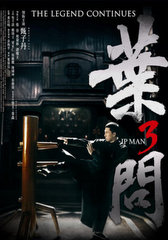 Donnie Yen scores a Best Actor nomination for his third go as esteemed martial arts master Ip Man. Besides delivering his usual action chops, the superstar does bring a new element of vulnerability and sensitivity to the character as Ip Man comes to terms with one fight he can't win, his wife's losing battle with cancer. Continuing his streak since The Grandmaster, Max Zhang also earns a Best Supporting Actor nod in the well-developed role of a rival Wing Chun practitioner who struggles to surpass Ip Man but doesn't fall into the typical villain archetype. 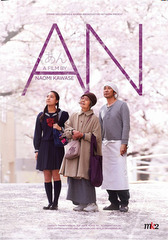 Festival darling Kawase Naomi's latest An may be too light for her usual arthouse crowd and not commercial enough for mainstream moviegoers, but there's no denying that it's the usually abstruse auteur's most accessible film to date. As the reticent protagonist who runs a dorayaki shop that becomes a haven for two fellow odd souls, Nagase Masatoshi anchors the gentle drama with a worldly air and solemn dignity that believably tie all the characters together. 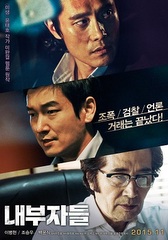 In between Hollywood action flicks, Lee Byung Hun starred in two films at home last year, Park Heung Sik's Memories of the Sword and Woo Min Ho's Inside Men, the latter of which earned him his first AFA Best Actor nod (he was nominated for Best Supporting Actor seven years ago for The Good, The Bad, The Weird). Based on a comic by Misaeng creator Yoon Tae Ho, the scathing political thriller dives into a sinister web of corruption, collusion and violence. Pulling in over seven million admissions to become Korea's top-grossing 18+ rated feature, the film revolves around three men in the system: a power-hungry editor whose pen can make or break a politician, an ambitious prosecutor trying to catch a big fish, and Lee's political fixer who is out for revenge. 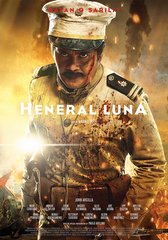 Before stepping into the boots of Antonio Luna, the general of the Philippine Revolutionary Army during the Philippine-American War, John Arcilla had already played national hero figures multiple times on screen and on stage, but his performance in the title role of director Jerrold Tarog's monumental biopic has launched the respected actor to a new level of fame and acclaim. In the epic historical drama, Arcilla charismatically brings alive the larger-than-life commander in all his fierce, foul-mouthed bravado from the outbreak of war to his untimely death in 1899. 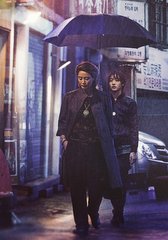 Indisputably one of the coolest and most commanding actresses in Korean cinema, Kim Hye Su garners her second Best Actress nomination ten years after Tazza: The High Rollers. In Han Jung Hee's directorial debut, which screened at the International Critics' Week of the 2015 Cannes Film Festival, Kim plays the hardened boss of a Chinatown-based crime ring who falls out with the protege she has been grooming for years. Kim's performance was recognized with the Best Actress prize by the Korean Association of Film Critics. 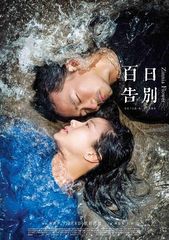 Karena Lam has already picked up Best Actress at the Golden Horse Awards for her luminous turn in Tom Lin's poignant drama about loss and grief. Hitting the right emotional notes in an understated role, she subtly essays a woman's journey of mourning and healing after suddenly losing her fiance to a car accident. Lam is also nominated for Best Actress at the upcoming Hong Kong Film Awards, but for a different film, Heaven in the Dark. 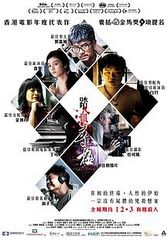 Philip Yung's crime thriller inspired by a sensational real-life murder case has emerged as the strongest Hong Kong film contender of the award season. Port of Call was named the Best Film of 2015 by the Hong Kong Film Critics Society and it's the frontrunner for the Hong Kong Film Awards. While the film has reliable veterans in Aaron Kwok, Elaine Jin and Patrick Tam, the breakout names are newcomers Michael Ning and Jessie Li who have already earned top acting prizes from the HKFCS. Michael Ning, who plays the killer, looks to follow the Golden Horse Awards with another Best Supporting Actor win.

Kurosawa Kiyoshi garners a Screenplay nod for his dreamy drama which won Best Director in the Un Certain Regard sidebar of the 2015 Cannes Film Festival. Best Supporting Actor nominee Asano Tadanobu plays a spirit who returns home to take a final trip with his wife.

As the Korean actor with the most ten-million-admission blockbusters under his belt, Supporting Actor extraordinaire Oh Dal Soo could probably be nominated any year for a number of films. This year, it's for his role as Ha Jung Woo's sidekick in Choi Dong Hun's all-star period espionage thriller.

Two decades after the original Gonin, Ishii Takashi's yakuza cult classic returned with a neo-noir sequel about the next generation of violent fallouts. Best Supporting Actress nominee Tsuchiya Anna holds her own with a gun in the predominantly male cast.

Hong Kong starlet Cherry Ngan may be the smallest and greenest name in Wuershan's star-stacked tomb-raiding blockbuster, but she earned the film's sole nomination for her spunky performance as a strikingly cool henchwoman.

Ueno Juri scores a surprising Best Supporting Actress nod for her short but impressionable appearance in first-time director Baek Jong Yeol's magical romance. For her first Korean film outing, the popular Japanese star plays one of the many incarnations of the male protagonist who changes appearances every day.

Park So Dam's star is firmly on the rise in Korea thanks to a breakout year most notable for her terrifying turn as a high school girl possessed by demons in Jang Jae Hyun's hit exorcism-themed horror film.

Winner of the FIPRESCI and the Promising Future prizes in the Un Certain Regard sidebar of the 2015 Cannes Film Festival, Masaan garnered especial praise for Vicky Kaushal's performance as a young man from a low untouchable caste who falls in love with a woman of higher caste.

Credited by her character's name, teenage ingenue Fujino Ryoko was discovered from an open audition of thousands to headline Narushima Izuru's ambitious two-part adaptation of Miyabe Miyuki's mystery novel about an epic student trial to determine the truth behind a classmate's death.

Set in May 2014 when martial law was declared in Thailand, Kongdej Jaturanrasamee's youth drama leaves politics in the backdrop to gently unfold the bittersweet story of an engaged colonel's daughter, played by Waruntorn Paonil, who reencounters her first love during a visit back to her hometown.