Johnnie To - Sifu of Style

Johnnie To is undoubtedly one of the leading film-makers of our time. Like Korean director Park Chan Wook and Japanese director Akira Kurosawa, he is changing the face of cinema, and bringing Asian films to the attention of movie-goers and film critics worldwide.

If you're interested in the finest films the world has to offer, you will have many Johnnie To films on your list. From the quintessential 'men with guns' film A Hero Never Dies, to the office romance of Needing You, to the moody and thought-provoking Running On Karma or Throw Down, to all the rest of the impressive To catalogue, you'll be kept busy keeping up with this man's work.

To began his career working in television, with Hong Kong's main station TVB. He describes this as something of an apprenticeship: To wanted to become proficient at all the technical aspects of filmmaking, and this attention to detail has served him well. Watch almost any of his films and you'll be impressed by the quality of the lighting, as in PTU, or the composition of shots, as in The Mission, or the dedication to realism, as in the firefighter film Lifeline. To considers every tiniest facet of every scene, every shot, and every plot point.

One of To's earlier works, The Heroic Trio, is a cult classic featuring a trio of major stars (Maggie Cheung, Michelle Yeoh, and Anita Mui). This dark and dramatic modern wuxia fantasy stands out as a strong statement about many aspects of life and society, as well as being a thoroughly enjoyable film. He revisited the female trio in Wu Yen, a period comedy starring Anita Mui, Sammi Cheng, and Cecilia Cheung, in which Cheng played the heroine Wu Yen and Mui played the Emperor. But I suspect that this will be the last To trio film, as he's said more than once that working with three big-name actresses is too hard. He declines to provide specifics, but one can imagine what happens when three top rank actresses are penned together for any length of time: it's only surprising that he didn't need a whip and a chair.

Needing You, the contemporary romantic comedy starring top-billing actors Andy Lau Tak Wah and Sammi Cheng Sau Man, is a smooth and stylish version of the office romance. Digressions such as the 'bulls' penis and noodles' dining scene, or the bathroom-cleaning scene, or the 'Andy Lau throwing up in a Shenzen street' scene, serve to emphasise that To refuses to fall into a rut. No pedestrian movies for this man: each film marks an attempt to stretch himself in some way.

There's also an element of surprise in much of To's work. Films such as Expect The Unexpected are a conscious attempt to subvert genre conventions, but you'll find that many of his films take an unexpected turn. Where A Good Man Goes, for example, looks like a standard 'ex-convict gets persecuted by police' story, but quickly proves that assumption wrong. His 2004 film Throw Down confounded common film practice, first by casting matinee idol Louis Koo as a bitter drunken has-been, then by giving Cherrie Ying the role of her life as the complex female non-love-interest.

One element of To's success is his choice and handling of actors. To chooses actors carefully, and makes them work hard. It's no accident that, after acting in almost 100 films, it was To's Running Out Of Time that earned Andy Lau the Best Actor award at the Hong Kong Film Awards. And To has made Lam Suet, originally a crew member, a hot property in the HK film world. Lam, whose plump form and ordinary features make him an unlikely star, worked hard in To films such as The Mission, PTU and Breaking News, and is now in such demand that To himself can't always secure his services.

To's talent has a large visual component: in many films, every frame is visually striking. PTU or The Mission are fine examples of this. Both are also fine examples of To's use of actors: both used an ensemble cast of excellent actors instead of relying on the box office draw provided by big names. This may make some of his films less likely to be huge at the box office, but it definitely makes them more likely to be films you can watch over and over again.

The visual aspect of To's work is highlighted by the fact that many of his films are light on dialogue. To refuses the easy path of having actors declaim the story, and relies instead on a tight plot and strong acting. The Mission is a particularly fine example of this: many of the most riveting scenes are silent and almost motionless, with the composition of the frame, the music, and the performances providing everything necessary.

Of course, this couldn't happen unless the director has a good idea of what he intends for the film, and the ability to realise that vision. And this director does: he told me that about 80% of the footage that is shot ends up in the final cut. He likes to work out the story, and the shots, in his head, before beginning a project. This is one of the reasons that a recent film, PTU, took 2 years to produce: while some actors were absent due to other film commitments, To was busy working and reworking scenes in his head.

Unlike another Hong Kong director who shall remain nameless, To's films are not solely about men with apparently inexhaustible supplies of ammunition. Whatever this says about the director's personality, there's no catching To in the same net. His repertoire consists not of a collection of movies all on the same heavily-armed theme, but of a wildly divergent range spanning almost every genre.

However, if you need action, then To's work is exceptional. His heroic bloodshed gun-fest A Hero Never Dies is larger than life, and has a better soundtrack. His cool pan-Asian assassin in Fulltime Killer (based on the novel by Edmond Pang, director of You Shoot, I Shoot), played by Andy Lau, is more stylish than Alain Delon, and strides about steamy Malaysia in climate-defying leather pants. 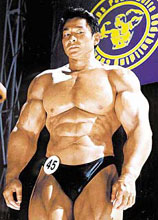 Andy Lau has appeared in many of To's movies, and the duo of Andy Lau and Sammi Cheng has featured in several of To's movies. They were first paired in the box office hit Needing You, then came together again for the fat-suit comedy Love On A Diet, for which both were forced to act from within stifling latex fat costumes. Andy was forced to don latex once more, for his role as a muscle-bound ex-monk, in the haunting Running On Karma.

But if you think that a latex muscle suit makes Running On Karma a comedy, you'd be wrong. It's a film that defies classification, although it contains elements of drama, action, suspense, and horror. And it is probably the film which plays most strongly on the themes of To's own Buddhist beliefs, although other recent films have also touched on this. The gentle drama/romance Turn Left, Turn Right makes viewers question the consequences of their own daily choices. Running On Karma shows how resisting something has its own costs. Throw Down, the judo film starring idols Louis Koo and Aaron Kwok, which is also a homage to Akira Kurosawa, deals with issues of acceptance.

There's more to it than good visuals and the personal voice, however. To also receives critical acclaim for his work: he's won awards at major film festivals from Toronto to Berlin. This year alone, his film Breaking News premiered at Cannes in the Official Selection programme, while Throw Down was invited to participate in the Out Of Competition category at Venice.

And now the winning duo of Andy and Sammi are paired once again, in the latest of To's oevre to hit the market: Yesterday Once More. The Chinese title translates roughly as "Mr Thief and Mrs Thief", and hints at a Rose Noire crime caper, although it's a fair bet, going by To's past films, that you'll find something thought-provoking, entertaining, and totally unexpected.