The Return of the Condor Heroes

Written by Monjeh Tell a Friend 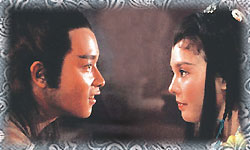 Swordplay novels by Jin Yong (a.k.a. Louis Cha) have always been favored by producers and directors for adaptation into television and movies. Among all of Jin Yong's works, The Return of the Condor Heroes is perhaps the most frequently adapted. A 4-episode adaptation was made in 1960, starring Patrick Tse Yin (Hong Kong singer Nicholas Tse's father) and Nam Hung, followed by a longer TV series in 1976. The Shaw Brothers made two movies based on the novel in 1982. The first one Brave Archer and His Mate, directed by the famous Chang Cheh, stars Alexander Fu and Gigi Wong. The other version, titled Little Dragon Maiden, features the late superstar Leslie Cheung and Mary Jean Reimer (a.k.a. Yung Ching Ching, action choreographer Lau Kar Leung's wife, now a solicitor). 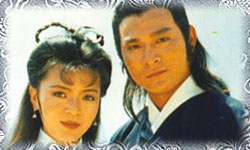 However, the best-known version of The Return of the Condor Heroes is the 1983 TVB version starring Andy Lau and Idy Chan. Many other TV adaptations were made afterwards, such as the 1995 TVB version starring Louis Koo and Carman Lee, the Singaporean version with Christopher Li Ming Shun and Fan Wen Fang, the Taiwanese version featuring Richie Jen and Jacklyn Wu, and the latest Mainland Chinese version with Wang Xiaoming and Liu Yifei. There is even a Japanese anime based on this popular swordplay novel. However, none of the above adaptations has attained the popularity of the Andy Lau and Idy Chan version. 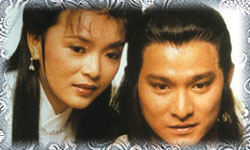 The Return of the Condor Heroes follows the growth and development of the brave and handsome hero Yeung Gor, and focuses on his love for his martial arts teacher, Dragon Girl. Although Yeung Gor appears to flirt with girls all the time, his love for Dragon Girl is actually undivided and everlasting. Morals during ancient times forbid a disciple to fall in love with his master, but Yeung Gor does not care how others see him and his love for Dragon Girl remains immovable and unconditional. An innocent and emotionless young lady who lived in a tomb since infancy, Dragon Girl does not care about anything in the outside world either. The only person she is concerned with is her apprentice, Yeung Gor. Although Yeung Gor and Dragon Girl have faced a lot of obstacles in developing their atypical relationship, their love for each other keeps growing, just like their martial arts skills. 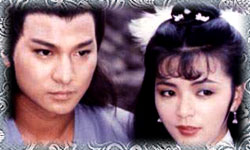 The 1983 version of The Return of the Condor Heroes was a striking success when it was first broadcast on TV. Reportedly, the drama once attained a 90% audience share and achieved the highest ratings among all Hong Kong TV dramas in 1983. The production team was the most formidable one that could be gathered in Hong Kong at the time. The late Siu Sang, well-known for producing high quality martial arts TV dramas, served as the series' producer. Directing the series was Wong Tin Lam, a veteran filmmaker since the 1950s and a Golden Horse nominee for Best Supporting Actor for Election in 2005. The now-famous producer Wai Ka Fai wrote the script, and the world-renowned Ching Siu Tung choreographed the kung fu. 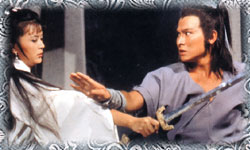 Ching Siu Tung's action design is highly impressive by modern standards, as hand-to-hand combat was used as opposed to the computer graphics-generated fight scenes and explosions widely used nowadays. It's apparent that the actors and actresses put a lot of effort into the fight scenes. Although the fight scenes in the 1983 Condor Heroes are not as technically accomplished as newer efforts, the physical performances of the actors and actresses more than compensate for any shortcomings. 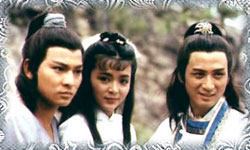 Apart from the outstanding production team, the cast was also crucial to the overwhelming success of this drama. Everyone perfectly fits into his or her role as portrayed in the novel. Credit should be given to Siu Sang, the producer of this TV adaptation, for his excellent choice of actors and actresses. No one else could have given the captivating performances that Andy Lau and Idy Chan gave as Yeung Gor and Dragon Girl. In fact, most people still think that they are the best Yeung Gor and Dragon Girl ever, among all the different adaptations. 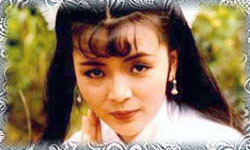 Idy Chan was born for the role of Dragon Girl. Not only did she exemplify the character's beauty and charisma as described in the novel, but she also effectively brought out the cool, emotionless and innocent characteristics of a young lady who had been living in solitude for most of her life. The typical beautiful white costume that she wore also helped demonstrate Dragon Girl's elegance and grace. The low profile and carefree attitude of Idy Chan in real life is also a clear reflection of Dragon Girl. No wonder Jin Yong, the original author of The Return of the Condor Heroes, praised her as the most convincing person to play the role of Dragon Girl. He even commented that this was the best and most faithful adaptation of the novel. 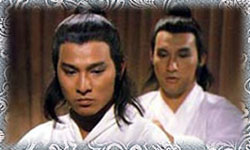 22 years-old at the time, the handsome, boyish Andy Lau looked righteous but rebellious, and performed the role of Yeung Gor to perfection. Fully demonstrating his acting talents, Lau played Yeung Gor from a young and mischievous teenager to the mature and divine Condor Hero, inhabiting a complex role successfully. It was with this role that Andy Lau first made a name for himself as an actor. 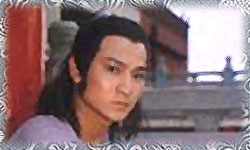 There is indeed a story behind the selection of Andy Lau as Yeung Gor. When TVB decided to make The Return of the Condor Heroes, Idy Chan was already chosen to be Dragon Girl. However, producer Siu Sang had no clue whom to choose for the male lead. At that time, another TVB producer Lee Tim Shing, who worked with Andy Lau in the drama Emissary (1982) and saw his potential, recommended Andy Lau to Siu Sang. Siu Sang hesitated as Andy Lau had never tried any roles in ancient costume before, but he thought of a way to test audience acceptance. He arranged for Andy Lau to perform dressed in ancient costume at the Miss Hong Kong Pageant Contest in 1983. Positive feedback finally brought Andy Lau the chance to play this classic role, and his song performance at the show aroused the interest of Capital Artists Record Company, paving the way for Andy Lau to become a singer later. 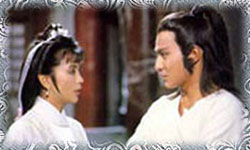 On top of that, what Andy treasured most at that time was perhaps the opportunity to pair up with his dream lover, Idy Chan, for the first time. Rumor has it that Andy Lau had admired Idy Chan way before they met on this TV series, and her natural beauty and sincerity were the things that Andy adored most. This may explain Andy Lau's impressive performance in the series, especially when conveying Yeung Gor's everlasting love for Dragon Girl. The most remarkable and touching part of the series was Yeung Gor's 16-year wait for Dragon Girl to return. Idy Chan was a more experienced actress, and did not let the audience down. Her outstanding performance as the elegant yet indifferent Dragon Girl impressed audiences, and the great chemistry between the two actors helped make the series a memorable one. 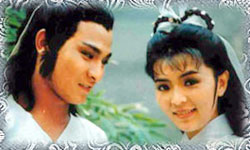 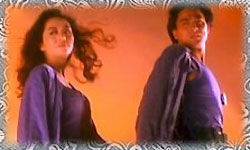 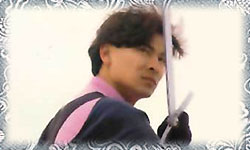 The following year, Andy Lau made Savior of the Soul 2, with "Godly Condor Hero Couple 1992" as its Chinese title. The film stars Andy Lau and Rosamund Kwan, and their relationship in the film, from the way he addresses her to his unfailing love for her, makes a clearer reference to Jin Yong's The Return of the Condor Heroes.

No matter how many variations of The Return of Condor Heroes Andy Lau has made in his acting career, or how many editions different Asian TV stations have produced, none can replace the 1983 TVB version in fans' mind. Andy Lau and Idy Chan have also been crowned as the most legendary Yeung Gor and Dragon Girl forever.