Sign in to rate and write review
Write a Review
Customer Rating: Customer Review Rated Bad 8 - 8.8 out of 10 (6)

Bae Du Na (The Host, Someday) returns as a quirky, fearless single mother in the romantic comedy Country Princess (a.k.a. The Funny Wild Girl). Bae's popularity and recognition as one of Korea's top young actresses comes from her effervescent, unpretentious charm and feisty attitude - all reflected in her works. Playing a sassy mother for the second time after her 2002 film Saving My Hubby, Bae pairs up with rocker-turned-actor Shin Sung Woo (Super Rookie Ranger, Tropical Night in December) in the 2003 MBC drama Country Princess. Shin plays a cold-blooded unflinching businessman bearing a painful past. But as the plot thickens, the handsome and composed actor undergoes a drastic transformation, taking part in some of the best belly-clinching, slapstick comedy moments in the drama. In addition, fans of Kang Dong Won (M, Magic) will be delighted as the heartthrob makes his acting debut playing Bae's first love and the one who holds the key to the secret revealed towards the drama's ending.

Eun Hee (Bae Du Na) never knew a mother's love growing up as her mother only showed affection to her sister Geum Hee (Kim Yoo Mi, Romance). Nevertheless, basking in her father's love, Eun Hee grows up to be a spunky go-getter. But on one fatal night, a fire kills her father, devastating the whole family. Soon after a tycoon appears in search of his long-lost granddaughter and to everyone's amazement, the mother points to Geum Hee. Dumbfounded but ecstatic that she is after all her mother's real daughter, Eun Hee bids farewell to Geum Hee. Five years later, Eun Hee is struggling to make ends meet for her one-year-old son, twin siblings, and ailing mother. Feeling overwhelmed, she proposes a business plan to In Woo (Shin Sung Woo) whom she meets at a factory quarter. Just then, her mother decides to spill the truth about her identity...

This edition comes with the following special features:

Moly97
See all my reviews

I highly recommend this show Customer Review Rated Bad 10 - 10 out of 10
Did you find this review helpful? Yes (Report This)
E.Qu
See all my reviews

Love this series Customer Review Rated Bad 8 - 8 out of 10
Did you find this review helpful? Yes (Report This)
movie fanatic
See all my reviews

funny wild girl Customer Review Rated Bad 10 - 10 out of 10
Did you find this review helpful? Yes (Report This)
Kaylee
See all my reviews

A Charming Funny Wild Girl Customer Review Rated Bad 8 - 8 out of 10
Did you find this review helpful? Yes (Report This)
Aki
See all my reviews

I'm so excited! Customer Review Rated Bad 9 - 9 out of 10
Did you find this review helpful? Yes (Report This)
View all customer reviews   Write a review and share your thoughts 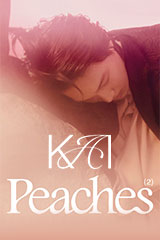 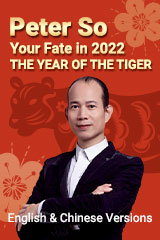