Following three hit television seasons over a decade's time, the Fuji TV medical drama Code Blue flies to the silver screen in the highest-grossing live-action Japanese film of 2018. Yamashita Tomohisa, Aragaki Yui, Toda Erika, Higa Manami and Asari Yosuke return as the core members of the Doctor Heli emergency medical services team, along with Arioka Daiki, Narita Ryo, Araki Yuko and Baba Fumika who were introduced in Season 3 as the new greenhorns. Other series actors like Shiina Kippei, Ando Masanobu and Sugimoto Tetta also appear, and Arata Mackenyu joins the movie as the boyfriend of a terminally ill patient played by Yamaya Kasumi.

Aizawa Kousaku (Yamashita Tomohisa), Shiraishi Megumi (Aragaki Yui), Hiyama Mihoko (Toda Erika), Fuikawa Kazuo (Asari Yosuke) and Saejima Haruka (Higa Manami) have been through thick and thin together over the years, and they are each entering new stages of their lives and careers. Shiraishi has to lead a new class of young flight doctors, Hiyama is soon leaving for a position in obstetrics, Aizawa has a medical fellowship in the U.S., and Fuikawa and Saejima are getting married – if they can get away from work for a day. On Aizawa's first day back in Japan, he already walks into an emergency situation at the airport. Many personal and professional challenges await as each doctor, both new and experienced, faces career choices, medical dilemmas and a large-scale disaster that threatens the safety of one of their own.

This edition comes with two bonus discs of special features. 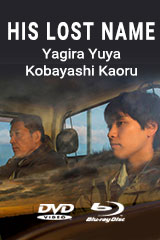