A rare early collaboration between Hong Kong Cinema legends Jackie Chan and John Woo, The Hand of Death is a stylish swordplay film about the most popular of all martial arts themes: revenge. Dorian Tam stars as Yung Fei, a student of Shaolin in 17th century China who's called upon to avenge the death of one of his brothers. His target: a Shaolin renegade (James Tien), who defected to work for the Manchus, and is now in direct opposition to the many anti-Manchu patriots within the Shaolin Temple. Yung Fei begins his quest by enlisting the aid of other warriors with Manchu axes to grind. Among them is Jackie Chan as a spear-fighting master, who leaps from the screen in an athletic but serious performance that predated his later action-comedy classics. Sammo Hung makes a rare screen appearance as a villain, and John Woo loads the film with stylish kung-fu showdowns possessing the same dramatic verve as his later bullet ballet classics. The Hand of Death may sound like a typical martial arts revenge film, but the legendary filmmakers responsible ensure that it's anything but that!

This customer review refers to The Hand Of Death (1976) (DVD) (Hong Kong Version)
It's good to see it Customer Review Rated Bad 7 - 7 out of 10
Did you find this review helpful? Yes (Report This)
Anonymous

This customer review refers to The Hand Of Death (1976) (DVD) (Hong Kong Version)
Early Jackie. Customer Review Rated Bad 5 - 5 out of 10
Did you find this review helpful? Yes (Report This)
View all customer reviews   Write a review and share your thoughts 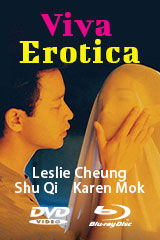