See all large images (1)
Sign in to rate and write review
Write a Review
All Editions Rating: Customer Review Rated Bad 7 - 7.7 out of 10 (3)

A direct sequel to the classic A Chinese Ghost Story, A Chinese Ghost Story II features the return of Ning (Leslie Cheung), the hapless tax collector who once upon a time was in love with the beautiful ghost Sian (Joey Wang). Years later, Ning runs across more supernatural bad luck. Mistaken for a criminal, Ning is thrown in jail. When he escapes, he takes to the forest, where he meets a slew of wacky and winning characters, including Autumn (Jacky Cheung), a charismatic Taoist monk, and Windy (Joey Wang), who happens to be a dead ringer for Sian! Windy and her sister Moon (the gorgeous Michelle Reis) are members of a group of revolutionaries being pursued by an honorable Imperial general (Waise Lee). But when an ancient evil is released and corpses start walking the land, it's up to Ning and the ragtag group to take them on!

Producer Tsui Hark and director Ching Siu Tung dish out the same winning combination of action, romance, comedy, supernatural horror, and acrobatic swordplay that made the original film such an over-the-top delight. Featuring the entire original cast (including Wu Ma as the Taoist monk from the original film) and a few more familiar faces, A Chinese Ghost Story II is a worthy sequel to an established Hong Kong Cinema classic.

The hero Lin (Leslie Cheung) is put into prison innocently after he has left his good friend Yin(Wo Ma). The former mets a learned, Tso Kot (Co Fung) who helps him to escape from prison he then meets a young and witty taoist Monk Chi Chau (Jacky Cheung). The two big house id horrifying and a giant corpse lives there. Lin and Chi Chau are attacked by a group of ghosts there and finally reveal that they are actually human beings who prepare to save the innocent Lau (Lau Siu Ming)from imprisonment. Fu has 2 daughter. Chung Fung (Wong Tsu Hsin) and Yuet Chi (Michelle Ries). Lin Finds that Ching Fung looks alike to his former lover. Siu Seen and resumes her life as Ching Fung. Both Ching Fung and Yuet Chi love Lin....
Additional Information may be provided by the manufacturer, supplier, or a third party, and may be in its original language

Change Content Preferences
Average Customer Rating for All Editions of this Product: Customer Review Rated Bad 7 - 7.7 out of 10 (3)


Adrian
See all my reviews

This customer review refers to A Chinese Ghost Story 2
Pretty Good Customer Review Rated Bad 10 - 10 out of 10
Did you find this review helpful? Yes (Report This)
Anonymous

This customer review refers to A Chinese Ghost Story 2
fair coment Customer Review Rated Bad 3 - 3 out of 10
Did you find this review helpful? Yes (Report This)
View all customer reviews   Write a review and share your thoughts 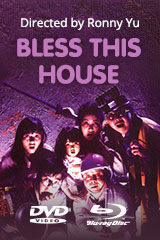