Isayama Hajime's phenomenally popular manga Attack on Titan arrives in cinemas in 2015 with a massive two-part live-action film directed by Higuchi Shinji (The Sinking of Japan). Rather than being a direct adaptation, the gory fantasy action epic offers an alternate telling of the story set in a dystopian Japan featuring some main characters of the manga as well as newly added characters and shocking original plot elements that go beyond the manga and anime series. Popular young stars Miura Haruma (The Eternal Zero), Mizuhara Kiko (Norwegian Wood) and Hongo Kanata (Gantz) take on the key roles of Eren, Mikasa and Armin. Ishihara Satomi, Miura Takahiro, Sakuraba Nanami, Matsuo Satoru, Misaki Ayame and Takeda Rina play other members of the Survey Corps, while Kunimura Jun is the fearsome commander and Hasegawa Hiroki, a mysterious captain reputed to be the strongest fighter.

One hundred years ago, giant humanoid creatures called Titans mysteriously appeared and started devouring people. In response, humanity constructed large walls to keep out the Titans and enjoyed a century of relative peace and quiet. Born and raised within the walls, rebellious teen Eren (Miura Haruma) longs to see the outside world. One fateful day, he and his friends Mikasa (Mizuhara Kiko) and Armin (Hongo Kanata) are at the wall when a Colossal Titan, taller than ever seen before, suddenly appears and the wall is compromised. Their village is ravaged in a bloody massacre and Mikasa disappears. A few years later, Eren and Armin have joined the military corps tasked with fighting the Titans. Their unit of ragtag greenhorns is sent out into no man's land with the crucial mission of repairing the broken outer wall.

. This edition contains Part 1 of Attack on Titan. 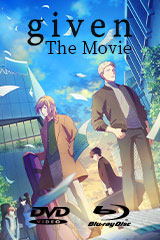