Movie star Cha Seung Won returns to the small screen after a six-year absence for the 2009 SBS mini-series City Hall. Co-starring My Lovely Sam-Soon heroine Kim Sun Ah, this romantic comedy with a political twist follows the personal, professional, and romantic journeys of an ambitious bureaucrat with an eye on the presidency, and a low-level civil servant who works her way up to the mayor's seat. With an impressive cast that also includes Chu Sang Mi (Snow in August), Lee Hyung Chul (Over the Rainbow), Yoon Se Ah (Love Marriage), and Lee Joon Hyuk (Three Brothers), City Hall is the latest hit from director Shin Woo Chul and writer Kim Eun Sook, the team behind the Lovers series.

Protege to one of the most powerful politicians in the country, Jo Gook (Cha Seung Won) is on the fast track for political success, and indeed his ultimate goal is to one day become President. Much against his wishes, however, he is abruptly sent to the deputy mayor seat in the backwater coastal town of Inju. Wallflower secretary Mi Rae (Kim Sun Ah) works in the mayor's office and at about a dozen other odd jobs that cause her to keep crossing paths with the tall, dark, and handsome official from the big city. Their different backgrounds and personalities lead to constant fighting, but when rural politics heat up, so too does the romance!

This edition comes with 59 minutes of English-subtitled special features including interview and commentary with Kim Sun Ah.

If you liked Kim Sun-Ah in My Lovely Sam-Soon, you’ll love her in City Hall!

All's fair in love and politics! From the creators of Lovers in Paris and Lovers in Prague comes City Hall, a romantic comedy with a political twist that pairs movie star Cha Seung-Won with My Lovely Sam-Soon's vivacious heroine, Kim Sun-Ah.

Jo Gook (Cha Seung-Won, SBS Best Actor Award) is an ambitious big-city bureaucrat with an eye on the presidency. Much against his wishes, he is abruptly dispatched to be the new deputy mayor in the backwater coastal town of Inju where he meets Mi-rae (Kim Sun-Ah), a low-level clerk who works in the mayor’s office. Jo Gook quickly makes enemies with just about everyone at the City Hall. But his most ridiculous run-ins are with Mi-rae, whose kindheartedness and steadfast determination end up capturing the hearts and minds of all Inju citizens. 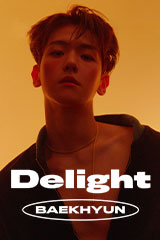 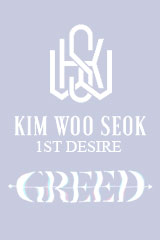