A desperate mother gets a second chance to save her daughter from being killed in SBS's high-concept time-slip suspense drama God's Gift - 14 Days. No one is safe from suspicion in this mystery thriller packed with dark secrets and unexpected twists. Lee Bo Young (I Hear Your Voice) and Cho Seung Woo (Horse Doctor) lead a talented cast that includes Jung Gyeo Woon (History of the Salaryman), Kim Tae Woo (That Winter, The Wind Blows), Jung Eun Pyo (Incarnation of Money), No Min Woo (Full House Take 2), B1A4's Baro (Answer Me 1994), Secret's Han Sun Hwa and child actress Kim Yoo Bin (Oh! My Lady).

During the live broadcast of her talk show, writer Kim Soo Hyun (Lee Bo Young) receives a phone call from a serial killer who announces that he has kidnapped her daughter, Saet Byul (Kim Yoo Bin). Days later, Saet Byul's body is found in a lake. Down and devastated, Soo Hyun returns to the lake to commit suicide. At the same time, trouble-mongering private detective Ki Dong Chan (Cho Seung Woo) has been thrown into the lake by gangsters. As the two drown, a mysterious light envelops them. When she regains consciousness, Soo Hyun discovers that she has gone back in time to two weeks before Saet Byul's death. Enlisting the help of Dong Chan, Soo Hyun has exactly 14 days to find the killer and save her daughter, but no matter how much they try to stop the chain of events, history seems to keep repeating itself as more and more people are implicated in the mystery.

《神的禮物》是一部穿越劇。時事節目編劇–金書賢(李寶英 飾)，有個愛她的老公韓智勳(金泰宇 飾)，以及可愛的女兒韓小星(金幼彬 飾)，一家三口過著幸福快樂的生活。但在某一天，小星被殺人犯綁架並且撕票，傷心欲絕的書賢與痞子偵探奇東燦(曹承佑 飾)倆人神奇般回到事發前14天…
Additional Information may be provided by the manufacturer, supplier, or a third party, and may be in its original language 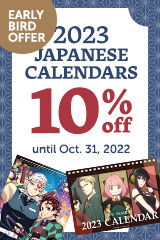