Golden Faith, TVB's biggest production in 2002, was made to celebrate the TV station's 35th Anniversary. It stars the most popular artists now and then, such as fans' all-time favorites Gallen Lo and Jessica Hsuan. They have won the " My Favorite Actor and Actress" awards for multiple times and have also paired up in many other dramas. Their acting and on-screen chemistry were undeniably crucial in bringing the "My Favorite Drama Characters" awards to the drama at TVB's annual anniversary show.

Gallen Lo became a third-time "My Favorite Actor" winner for his marvelous performance in this drama, which turned out to be the biggest winner that year. Up-and-coming actress Myolie Wu also won the "Most Improved Actress" award for her superb performance as a mentally retarded girl. Other actors and actresses of the younger generation such as Raymond Lam, Michelle Yip and Yeung Yi also delivered fabulous performances which are comparable to that of the experienced artists. Well-known veterans like Chun Pui, Wong Suk Yee, Shek Sau and Luo Ying Qun are in the cast.

Viewers were most delighted to see the once "King of Hong Kong TV dramas" in the 90s – Deric Wan - on TV again. He participated in a lot of unforgettable dramas such as Blood Of Good And Evil, The Breaking Point and Looking Back In Anger. Fans had longed to see him in TVB dramas again and their wishes finally came true when Golden Faith was telecast. Not only are the overwhelmingly strong cast and exciting story captivating, the beautiful scenery in Australia is also a point of attraction which makes watching drama worthwhile.

BEN (LAW KA LEUNG, GALLEN) meets NAM (HSUAN JESSICA HESTER) in Australia during a business trip. When he gets back to Hong Kong, he is involved in a robbery and NAM is in charge of prosecution.

BEN's parents died in a ship accident when he was six. His brother was never found. BEN was saved by BON (CHUN PUI). BON treats him like his own son and passs his gold shop business to him. However, BEN is accused of money laundering by his real brother, HONG (WAN SIU LUN< DERIC), even though it is BON who has the connection with criminal organisations. Although BEN is found innocent later, his relationship with NAM is ruined. He has many arguments with HONG about BON. BEN decides not to tell HONG that he is his brother for HONG's own good. He also relents from pursuing NAM after learning that HONG is in love with her.

After BON dies, in order to repay his kindness. BEN decides to cut off all business connections with criminal organisations. However, it is inevitalbe for him to break the law during the process and HONG and NAM both think that he has become a triad. EVen his adopoted brother HENG (LAM, RAYMOND) thinks that he killed BON for his money. BEN passes all the family business to HENG trying to clear up all misunderstandings. NAM and HONG slowly start to accept BEN again. Unfortunately, HENG hooks up with some criminal organisations again. In order to save him, Ben decides to sacrifice himself.
Additional Information may be provided by the manufacturer, supplier, or a third party, and may be in its original language

This film has won 4 award(s) and received 1 award nomination(s). All Award-Winning Asian Films


SiuJan
See all my reviews

Brilliant Customer Review Rated Bad 10 - 10 out of 10
Did you find this review helpful? Yes (Report This)
Nobody
See all my reviews

This customer review refers to Golden Faith I DVD (Vol.1-23) (To Be Continued)
1 people found this review helpful

Excellent Customer Review Rated Bad 10 - 10 out of 10
Did you find this review helpful? Yes (Report This)
loi
See all my reviews

Golden Faith Customer Review Rated Bad 10 - 10 out of 10
Did you find this review helpful? Yes (Report This)
kitten
See all my reviews

This customer review refers to Golden Faith (DVD) (Part 1) (To Be Continued) (TVB Drama) (US Version)
excellent Customer Review Rated Bad 10 - 10 out of 10
Did you find this review helpful? Yes (Report This)
View all customer reviews   Write a review and share your thoughts 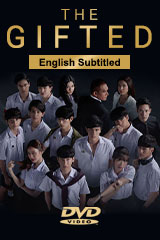