Based on the popular novel by Tong Hua, the blockbuster period series Bu Bu Jing Xin (a.k.a. Startling By Each Step) is the most highly anticipated Chinese drama of 2011. The latest series from renowned director/producer Lee Kwok Lap, Bu Bu Jing Xin steps back in time to the romantic and political upheavals of the Qing court. A frequent star of Lee Kwok Lap dramas, Cecilia Liu Shishi plays a young woman who jumps back in time to the reign of Kangxi, and gets drawn into the ascension struggle among the royal princes. Both a heartrending romance and a historical drama, Bu Bu Jing Xin uses its fantasy premise and fictional heroine to observe and affect well-known figures and episodes in Qing Dynasty history.

Bu Bu Jing Xin has inspired a fervent following for its outstanding cast of royal princes. Taiwan actor-singer Nicky Wu stars as the stone-faced 4th Prince who eventually rises to the throne as Yongzheng, while TVB actor Kevin Cheng, collaborating with Lee Kwok Lap again 12 years after The Legendary Siblings, is the genteel 8th Prince destined for tragedy. The other members of the royal family are Han Dong as the scheming 9th Prince, Ye Zuxin as the simple-minded 10th Prince, Lee Kwok Lap regular Yuan Hong as the unbridled 13th Prince, and newcomer Lin Gengxin as the loyal 14th Prince. Veteran Hong Kong actor Damian Lau reigns over all as Emperor Kangxi.

After an argument with her boyfriend, 25-year-old Zhang Xiao (Cecilia Liu) rushes out into the street, and gets electrocuted in an accident. When she regains consciousness, she finds herself in the Qing Dynasty. She is now teenaged Ruo Xi, the willful younger sister of the 8th Prince's consort (Annie Liu). Ruo Xi enters the Forbidden City, and becomes a trusted servant of the Emperor (Damian Lau) as the years pass by. Knowing what happens to everyone historically, Ruo Xi hopes to stay detached from palace politics, but she gets romantically entangled with both the 8th Prince (Kevin Cheng) and the 4th Prince (Nicky Wu), whose competition for the throne leads inevitably to danger and tragedy. Staying true to her love and friendship with each prince, Ruo Xi struggles to take control of her own heart and destiny in the Forbidden City, where every step could be a matter of life and death.

Change Content Preferences
Average Customer Rating for All Editions of this Product: Customer Review Rated Bad 8 - 8.9 out of 10 (13)


Manji:the:Wolf
See all my reviews

This customer review refers to Startling By Each Step (DVD) (Ep. 1-35) (End) (English Subtitled) (HD Version) (Malaysia Version)
SCARLET HEART Customer Review Rated Bad 10 - 10 out of 10
Did you find this review helpful? Yes (Report This)
Soph
See all my reviews

Intricate and beautiful Customer Review Rated Bad 10 - 10 out of 10
Did you find this review helpful? Yes (Report This)
jasmine
See all my reviews

Love it step by step Customer Review Rated Bad 10 - 10 out of 10
Did you find this review helpful? Yes (Report This)
herry
See all my reviews

Eng Sub PLEASE Customer Review Rated Bad 8 - 8 out of 10
Did you find this review helpful? Yes (Report This)
Debussy
See all my reviews

Nothing quite like it. Customer Review Rated Bad 10 - 10 out of 10
Did you find this review helpful? Yes (Report This)
View all customer reviews   Write a review and share your thoughts 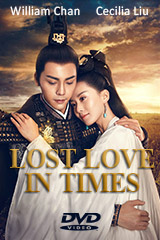