Sign in to rate and write review
Write a Review
All Editions Rating: Customer Review Rated Bad 6 - 6 out of 10 (2)

One of the top ten grossing Korean films of all time, the 2009 blockbuster Take Off pulled in over eight million admissions at the box office with the inspiring story of Korea's first Olympic ski jump team. Helmed by Kim Yong Hwa (200 Pounds Beauty) who won Best Director at the 46th Daejong Film Awards and the 30th Blue Dragon Awards, the underdog sports drama revolves around the ragtag formation of Korea's first ski jump team. Acclaimed actor Ha Jung Woo (Chaser) plus Kim Ji Suk (I Hate You But It's Fine), Kim Dong Wook (The 1st Shop of Coffee Prince), Choi Jae Hwan (Truck), and Lee Jae Eung (Bravo, My Life!) form the dream team that won over Korean audiences. Take Off, which integrated extensive CGI to create the film's exciting snowscape and competition scenes, was also recognized for Best Visual Effects at the Daejong Awards.

The year is 1996 and the town of Muju is going through massive construction in preparation for a bid to host the 2002 Winter Olympics. The town committee receives notice that there aren't enough athletes representing Korea so they decide to form a ski jump team. Korean-American adoptee and former juniors alpine athlete Bob (Ha Jung Woo), who came to Korea to find his birth mother, gets recruited into Korea's first national ski jump team along with four other amateur athletes. Can this fledgling inexperienced team really make it to the Olympics?

n 1996 a small Korean town is undergoing a large-scale construction in preparation for Winter Olympics bid. In the middle of the construction, the local committee receives a report that they do not have sufficient athletes to compete. They conclude to form a ski jump team in order to represent the event. Former American Junior alpine athlete Bob is an adoptee who came to Korea in search of his mother. With 4 other non-experienced athletes, he form the first Korean ski jump team. There’s no turning back, it’s a challenge they committed to.
Additional Information may be provided by the manufacturer, supplier, or a third party, and may be in its original language

Other Versions of "Take Off (VCD) (Hong Kong Version)"


Nekrobomb
See all my reviews

This customer review refers to Take Off (Blu-ray) (Director's Limited Edition) (Korea Version)
Blu Ray tardy Customer Review Rated Bad 6 - 6 out of 10
Did you find this review helpful? Yes (Report This)
Nekrobomb
See all my reviews

Good Sports Customer Review Rated Bad 6 - 6 out of 10
Did you find this review helpful? Yes (Report This)
View all customer reviews   Write a review and share your thoughts 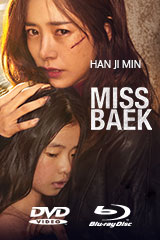