Mayumura Taku's juvenile novel Nerawareta Gakuen has been the subject of several film and television adaptations, but this 1981 effort from famed director Obayashi Nobuhiko remains the best-known incarnation. The Aimed School (a.k.a. School in the Crosshairs) owes much of its cult status to its young star, Yakushimaru Hiroko, who was poised to dominate much of the J-pop world for the ensuing decade. Along with the same year's Sailor Suit and Machine Gun, The Aimed School cemented Yakushimaru's status as one of the premier Japanese movie and music idols of the 1980s.

Yakushimaru portrays Mitamura Yuka, a seemingly-nondescript junior high school student blessed with psychic powers. When a similarly gifted transfer student begins wielding their own power to rig the student council elections, Yuka and her friend seek to expose the truth. But the psychically rigged election masks a far more sinister conspiracy of downright demonic proportions, one that puts Yuka's supernatural abilities to the ultimate test.

Yuka (Hiroko Yakushimaru) is a high school student with ESP power. One day she finds out that the mysterious new girl in school is another ESP power from the future who uses her supernatural powers to take control of the school. Yuka must stop the horror before it's too late!
Additional Information may be provided by the manufacturer, supplier, or a third party, and may be in its original language

Other Versions of "The Aimed School (DVD) (Hong Kong Version)" 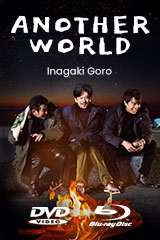