Produced by and starring mega-star Fan Bingbing, The Empress of China tells the incredible life story of Wu Zetian, the only female emperor in Chinese history. Boasting the biggest production budget in all of Chinese television history, the lavish drama was a ratings juggernaut and broke several viewing records in its initial airing in China.

In the year 637, 14-year-old Wu Zetian (Fan Bingbing) enters the court of Emperor Taizong (Zhang Fengyi) as a Talented Lady. Her beauty and innocence easily entrance the emperor, who takes her in as a consort. Thus, Wu Zetian is thrust into the dangerous world of harem politics, where she must outwit and outsmart all others to survive. After the passing of Taizong, she is sent to a convent. From this low point, she begins anew and sets off on her path to becoming China's only female emperor.

Note: According to supplier information, this version features CGI-edited costumes. Product content is subject to change without notice.


nick chi
See all my reviews

This customer review refers to The Empress of China (2014) (Blu-ray) (Part II) (Ep.25-48) (English Subtitled) (Hong Kong Version)
Ancient series Customer Review Rated Bad 10 - 10 out of 10
Did you find this review helpful? Yes (Report This)
View all customer reviews   Write a review and share your thoughts 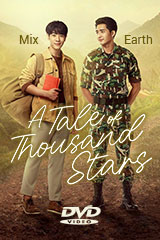