A real estate agent (Poon Chan Leung) is tasked to acquire an old property that houses a traditional photo studio, but the owner (Richard Ng) is bedridden and his tired son (Gordon Lam) refuses to sell. A middle-aged playboy (Eric Suen) picks up a young woman (Kaman Kong) at a club and brings her home, only to find out that she's his daughter seeking answers on why he left her mother years ago. A celebrity couple (Dada Chan, Kelvin Kwan) have recently broken up, but they're playing lovers in a romantic film. An analytical businesswoman (Grace Ip) rejects the proposal of her boyfriend (Eric Kwok), but regrets the decision afterwards.

“The Moment” talks about four relationships. A couple breaking up yet holding tight; a father and a daughter meeting up after a long separation; a girl escaping from growing up; and two buddies’ reunion after years of misunderstanding.

The stories are connected by a vintage photography studio holder.

Their experiences bring out a variety of sensations to the city we are living in; these feelings belong to them, and also us. 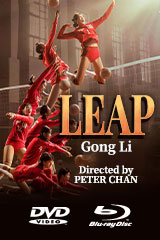