Based on a novel by the author of Sungkyunkwan Scandal, MBC's 2012 hit The Moon That Embraces the Sun dominated ratings throughout its broadcast, reaching "national drama" status with ratings of over 40%. Set in the Joseon era, the fusion period drama charts the fated love between a king and a shaman, the eponymous sun and moon. Kim Soo Hyun (Dream High) won Best Actor at the 48th Baeksang Arts Awards for his performance as the fictional king Lee Hwon. Jung Il Woo (49 Days) co-stars as the prince who lives in Hwon's shadow but strives to control his own destiny, while Han Ga In is the shaman whom they both love. Also featuring Kim Min Seo (Sungkyunkwan Scandal), Yoon Seung Ah (All My Love), Ahn Nae Sang (Sungkyunkwan Scandal), and many up-and-coming young stars like Yeo Jin Gu (Warrior Baek Dong Soo), Lee Min Ho (Rooftop Prince), and ZE:A's Si Wan (The Equator Man), The Moon That Embraces the Sun enchants audiences with a heartbreaking love story filled with palace intrigue and fantasy shamanism elements.

As a teenager, crown prince Lee Hwon fell in love at first sight with Yeon Woo, not knowing that his beloved brother Yang Myung also held a torch for her. Lee Hwon defied the Empress Dowager's wishes and upset the court's balance of power to choose Yeon Woo as his wife, but she mysteriously passed away before their wedding, breaking the hearts of both Hwon and Yang Myung. Years later, the aloof young king Lee Hwon crosses paths with Wol, a female shaman who resembles Yeon Woo but has no recollection of her past.


Stephen
See all my reviews

Ok, but... Customer Review Rated Bad 4 - 4 out of 10
Did you find this review helpful? Yes (Report This)
nini
See all my reviews

Korean Versn Special Features None Eng Sub Customer Review Rated Bad 8 - 8 out of 10
Did you find this review helpful? Yes (Report This)
jk
See all my reviews

This customer review refers to The Moon That Embraces the Sun (DVD) (15-Disc) (End) (Director's Cut) (First Press Limited Edition) (English Subtitled) (MBC TV Drama) (Korea Version)
Excellent But no subs on special features Customer Review Rated Bad 8 - 8 out of 10
Did you find this review helpful? Yes (Report This)
View all customer reviews   Write a review and share your thoughts 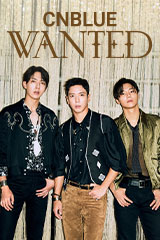