Taiwanese idol drama Wo Yao Bian Cheng Ying Shi Zi ("I Want to Become a Hard Persimmon") brings together a bright cast of rising stars and promising newcomers for some schoolyard hyjinks and classroom romance. Yang Ming Wei and Godfrey Gao (The Kid From Heaven) star as two very different high school students - the former is friendly but oft-bullied, while the latter is silent, handsome, and quick with the fists - who end up competing for the affections of the same girl (Ruby Wang). In order to stand up to bullies and win the girl, Yang's character must become a "hard persimmon" that people can't pick on.

This 22-episode CTS drama also co-stars Chen De Lie (Nine Ball), Ivy Chen, and Hong Shi and Kobe from Blackie Show. Though less high-profile than other idol dramas, Wo Yao Bian Cheng Ying Shi Zi won over plenty of viewers with its fresh cast and light-hearted story, and a sequel is already reportedly in the works.

為了愛，他告訴自己，一定要變成硬柿子！巧的是這個男生叫阮適止，他該如何在險惡的環境中生存？他又怎麼成功的改造自己？而對眾多愛慕喬琪的追求者，而對眾多愛慕喬琪的追求者，他如何擊敗所有對手，贏得喬琪的芳心？
Additional Information may be provided by the manufacturer, supplier, or a third party, and may be in its original language


Blitzer
See all my reviews 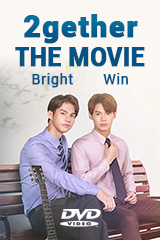