The Asian Film Awards are upon us again! The ceremony dedicated to celebrating the best films out of Asia is up to its 13th edition. This year, the AFA will present awards in 16 categories as well as four special prizes: the Lifetime Achievement Award to Korean director Lee Chang Dong, the Excellence in Asian Cinema Award to Japanese actor Yakusho Koji, the Next Generation Award to Korean singer-actor Kim Jae Joong, and the Top-Grossing Asian Film of the Year Award. The 13th Asian Film Awards will be held at Hong Kong's TVB City on March 17, 2019.

Below is a quick primer of this year's nominated films! 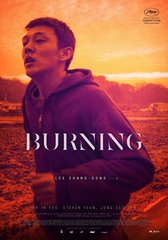 Lee Chang Dong is an old friend of the Asian Film Awards. The last two films he made, Secret Sunshine and Poetry, both won him Best Director honors; the former also won Best Film and the latter Best Screenplay. This year, the auteur will be receiving the Lifetime Achievement Award. His mystery drama based on Murakami Haruki's short story Barn Burning also garnered a leading eight nominations, including Best Actor for Yoo Ah In in the role of a young man who grows increasingly suspicious of an unsettling new acquaintance. 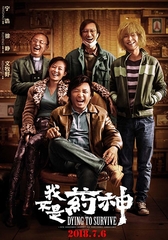 Currently China's sixth biggest film of all time, Wen Muye's comedy-drama has won both box office and accolades for its real-life-inspired story of an aphrodisiacs peddler who smuggles low-cost cancer medication from India into China. Though he first takes on the illegal venture for profit, he soon realizes that lives are at stake for the leukemia patients struggling to afford expensive medicine. Hailed for its strong performances and social realism, the film depicts the grassroots struggles of the poor and powerless while maintaining a tenacious sense of heart and humor. Dying to Survive won Best Original Screenplay and Best Actor for Xu Zheng at the Golden Horse Film Awards. 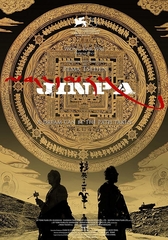 Pema Tseden continues to be the vanguard for Tibetan filmmakers with his sixth feature, which won Best Screenplay in the Horizons sidebar of the 75th Venice Film Festival. Backed by Wong Kar Wai's Jet Tone Films, the tale of revenge, redemption and awakening is based on the novel The Slayer by Tsering Norbu and the writer-director's own story I Ran Over a Sheep. Two men named Jinpa – one a trucker who accidentally runs over a sheep and the other a hitchhiker on his way to avenge his father's death – cross paths on a lonely road on the Kekexili Plateau. The cinematography by Tharlo DP Lu Songye plays a key role in capturing the vast, dusty plains and establishing the film's context and themes. 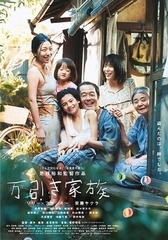 Kore-eda Hirokazu's Oscar-nominated human drama examines what makes up a family through the warm interactions and questionable actions of a makeshift family of petty thieves. A frontrunner for the top prizes, Shoplifters swept eight categories at the Japan Academy Prize, and it's the first Japanese film in over two decades to win the Palme d'Or at Cannes. Long an international critics' favorite, Kore-eda previously won Best Director in 2009 for Still Walking, and his films consistently get shortlisted at the AFA. Festival darling Ando Sakura looks to add to her mantle after winning Best Actress at the Japan Academy Prize, while breakout actress Matsuoka Mayu scores her first nomination. 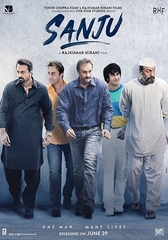 No stranger to acclaimed blockbusters, Rajkumar Hirani delivered the biggest Bollywood hit of 2018 with his biographical drama of Sanjay Dutt. Leading actor Ranbir Kapoor physically transformed himself to embody the roller coaster life of the controversial actor over two decades. He bulked up to play the muscular young man who lived fast and loose as he rose to fame in the 80s and early 90s; he wore prosthetics to become the aged actor, coming out of prison in his 50s after years of battling drug addiction and serving time for weapons possession. The sympathetic telling of a flawed man's sensational life emphasizes Sanjay Dutt's relationship with his upright father as well as the supportive straight-talking friend played by Vicky Kaushal. 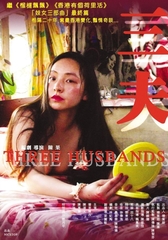 A good 17 years after Hollywood Hong Kong, Fruit Chan completes his "Prostitute Trilogy" with a satirical sex comedy that paints a grotesque and provocative portrait of Hong Kong society. The feature won Best Film, Best Director and Best Actress at the Hong Kong Film Critics Society Awards. Chloe Maayan gives a brave performance as a young woman with an insatiable sex drive who gets pimped out from a fishing boat by her "three husbands." Among them is a construction worker – played by theater actor and Best Newcomer nominee Chan Charm Man – who eagerly takes up the coveted position of husband #3. 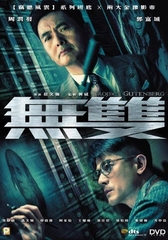 Felix Chong's crime thriller, which garnered a formidable 17 nominations at the Hong Kong Film Awards and five at the AFA, has been celebrated by both critics and audiences for its tightly paced, twist-filled story and its clever, thrilling throwback to old school Hong Kong action. Aaron Kwok earns his first AFA Best Actor nomination for his performance as the nervous forgery artist drawn into a counterfeiting operation run by Chow Yun Fat. 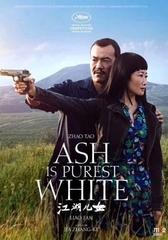 Like 2016's Mountains May Depart, Jia Zhangke's latest arthouse saga is an intricate decades-spanning relationship drama told in three acts that begins its story in a dying coal mining town. Also like the auteur's previous film, Ash is Purest White received nods for Best Screenplay and Best Actress for his wife and muse, Zhao Tao. Selected for competition at the 2018 Cannes Film Festival, the film follows a lionhearted woman who goes to jail for her mobster boyfriend, only to discover upon her release that he has moved on without her. 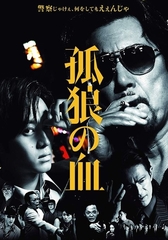 Yakusho Koji gets nominated in the Best Actor category for the third time after 13 Assassins (2011) and Chronicle of My Mother (2012). His is the sole nomination for Shiraishi Kazuya's gritty crime drama set in 1988 Hiroshima before the enactment of anti-organized crime laws. Fresh off a win at the Japan Academy Prize, the veteran actor portrays a rule-flouting cop investigating a case related to a burgeoning yakuza war. Regardless of whether he wins Best Actor or not, Yakusho is sure to be taking the stage come March 17 as the recipient of this year's Excellence in Asian Cinema award. 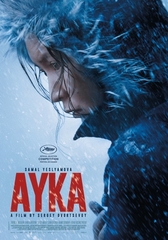 Reuniting with director Sergey Dvortsevoy ten years after Tulpan, Samal Yeslyamova gives a tour de force performance in Ayka as the eponymous heroine, an illegal Kyrgyz migrant worker navigating the cold and uncompassionate streets of Moscow. In a role that won her Best Actress at the Cannes Film Festival, Yeslyamova is intense and compelling as the tenacious, debt-ridden protagonist who abandons her child right after giving birth, and then stays on the move to dodge debt collectors and grab any opportunities for work and survival. 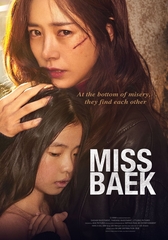 Perhaps better known for her small screen work, Han Ji Min delivers one of the strongest silver-screen performances of her career in Lee Ji Won's character-driven drama about two hurting souls who forge a connection. She plays the titular Miss Baek, an irascible yet vulnerable ex-convict who is unable to ignore the plight of an abused young girl. Still tormented by the abuse she suffered in her own childhood, Miss Baek takes measures to rescue the girl from her horrible parents. Han won Best Actress at the Blue Dragon Film Awards for her performance. 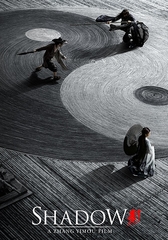 Zhang Yimou's martial arts epic was excluded from the top categories but it did collect six technical nominations. The stately dissection of political intrigue and power struggle between a general, his shadow and his king is a return to form for the auteur after The Great Wall. The slow-burning saga may be spare on story but it brims with staggeringly beautiful visuals. Lensed by Zhang regular Zhao Xiaoding, the film is presented in near monochromatic photography evocative of a traditional ink wash painting and features stunning costumes and production design by Horace Ma and Chen Minzheng, respectively, both of whom have already won awards at the Golden Horse Film Awards. 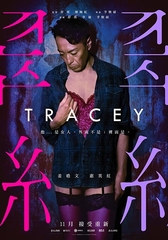 Jun Li's directorial debut is a melodrama about middle-aged family man Tung (Philip Keung) who is a woman at heart. Co-written and produced by Shu Kei, the Hong Kong drama depicts the transgender protagonist's brave steps towards facing loss and gender identity. Best Supporting Actor nominee River Huang plays the bereaved partner of the friend whom Tung loved. Kara Hui portrays Tung's wife, a Chinese opera singer. The veteran actress, who received the Excellence in Asian Cinema Award last year, is nominated this year for Best Supporting Actress, a prize she previously won in 2010 for At the End of Daybreak.

Screened in competition at the Venice Film Festival, writer-director Tsukamoto Shinya's first samurai film is set in the turbulence of mid-19th century Japan. The cult filmmaker edited the film himself, and also co-starred as an elder samurai who calls Ikematsu Sosuke's young swordsman to action.

Ho Wi Ding's non-linear drama deconstructs in reverse three incidents that lead up to the suicide of an ex-cop. Newcomer Xie Zhang Yin plays the protagonist in his teenage years when he crosses paths with an underworld boss, rivetingly portrayed by Golden Horse Best Supporting Actress winner Ding Ning.

Winner of the Best Film and Best Actress Fei Mu Awards at the Pingyao Film Festival, Bai Xue's assured feature debut follows a teenage girl-turned-smuggler (Huang Yao) who crosses physical and moral boundaries every day as she commutes between mainland China where she lives and Hong Kong where she attends school.

Winner of the Orizzonti Award for Best Film at the Venice Film Festival, Phuttiphong Aroonpheng's haunting feature debut brings attention to the plight of Rohingya refugees through the disorienting tale of a Thai fisherman who rescues and befriends a mute refugee.

Awarded the Golden Leopard at the Locarno Film Festival, Yeo Siew Hua's sophomore feature explores the grimmer side of Singapore's economic success story through a police investigation into the disappearance of two exploited migrant construction workers.

After making a splash in 2017 with Village Rockstars, Rima Das presents another simple, sensitive and stirring coming-of-age story in a countryside village. This time her protagonists are three teenagers dealing with questions of gender and sexuality in a male-dominated society.

One Cut of the Dead (Japan)
Nominations: Best New Director

Ueda Shinichiro's zombie-indie-comedy-that-could turned into a sleeper hit both critically and commercially with its delightfully unpredictable staging of a zombie attack and its loving tribute to filmmaking. The bravura 37-minute long take alone already deserves a nomination.

New writer-director Oliver Chan's comedy-drama reveals a slice of Hong Kong life through her warm depiction of the growing bond between a Filipino domestic helper and her employer, a grouchy, middle-aged wheelchair user portrayed by Anthony Wong.

Karata Erika takes on her first leading role in Hamaguchi Ryusuke's Cannes entry about a young woman and her misguided relationships with two men who look the same: the enigmatic, exciting college love who breaks her heart and the kind, banal doppelganger who becomes a replacement for her ex.

In Hong Sang Soo's latest B&W study on the human condition, the auteur's frequent collaborator Kwon Hae Hyo plays one of two sons – the older, less successful one with marital woes – who are summoned to a riverside hotel by their estranged poet father for an awkward family reunion.

Inspired by the true story of an agent who infiltrated the North Korean government's inner circle in the 90s, Yoon Jong Bin's spy drama benefits from taut editing that generates constant tension and a noirish, dark palette in the art and costume design that matches the time, place and themes.

An upgraded, superpowered humanoid robot fights an avian aura that makes smartphones fly away in S. Shankar's big-budget, sci-fi action sequel that is every bit as off-the-wall as it sounds. As the first Indian film to be shot in native 3D, it features ambitiously over-the-top visual effects by V. Srinivas Mohas, who also supervised Baahubali.