One of K-pop's biggest year-end award shows, the Mnet Asian Music Awards (MAMA) was held in Hong Kong for the second consecutive year on November 22, 2013. This year MAMA moved to the city's largest venue, AsiaWorld-Arena, but it still wasn't large enough for all the fans who were unable to get tickets to the sold-out show. The 5th edition of MAMA bore its endearing signature characteristics of long running time, elaborate stages, surprising foreign artists, unexpected collaborations and a parade of A-list actors as awkward award presenters.

Though not as star-studded as last year's MAMA, this year's show still featured hot performances by Big Bang, EXO, 2NE1, Trouble Maker, Infinite and Crayon Pop, not to mention out-of-left-field appearances from YLVIS and Paris Hilton. The 2013 MAMA witnessed the dominance of G-Dragon, the rise of EXO and the return of Rain, and even the biggest of K-pop idols turned into awestruck fans before the one and only Stevie Wonder.

Album of the Year: EXO - XOXO 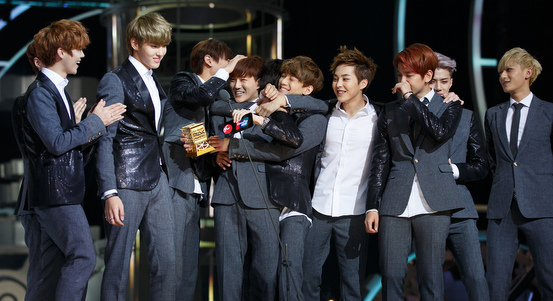 After winning the New Asian Artist award last year, EXO returned to MAMA this year as a top contender and they took home one of the grand prizes on the force of their album's monstrous sales. The best part about having so many members? Twelve times the happy hugging and crying onstage.


Artist of the Year: G-Dragon 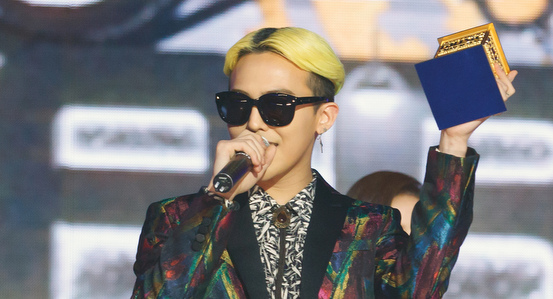 Big Bang won Artist of the Year in 2012. This year G-Dragon got the trophy all to himself. GD was the biggest winner of the night with four awards (and a comparable number of wardrobe changes). 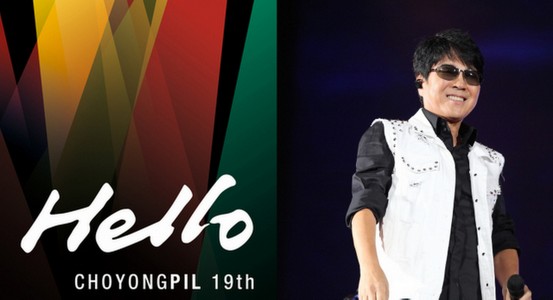 The common assumption for award shows is no show, no award. But that obviously doesn't apply to Korean music legend Cho Yong Pil, who did not attend the ceremony but beat out the young'uns anyway with his massive hit Bounce. 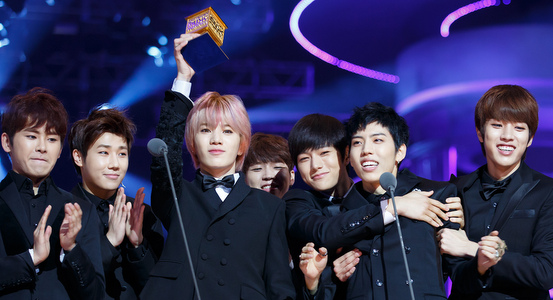 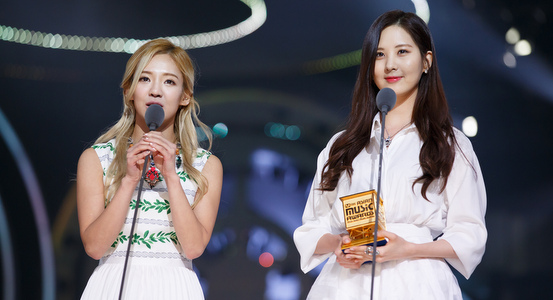 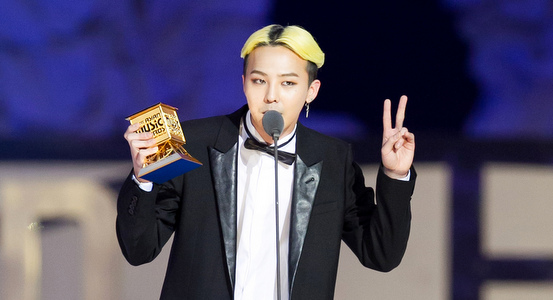 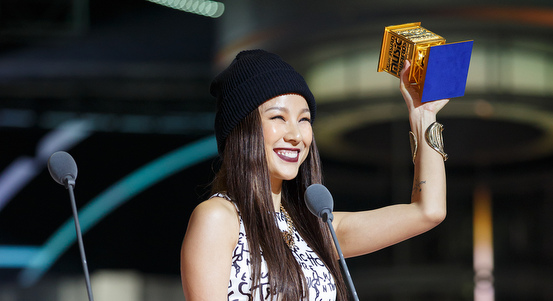 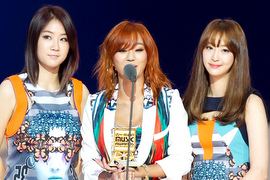 Best Dance Performance - Female Group
Sistar / Give It To Me 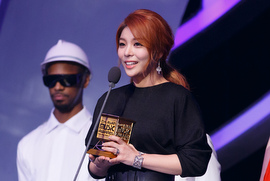 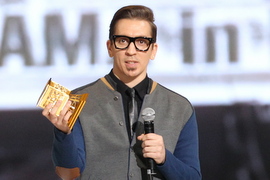 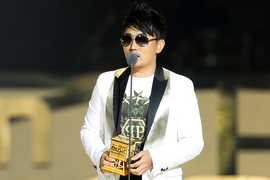 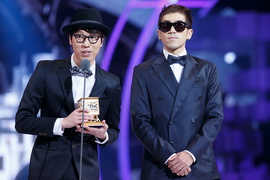 Discovery of the Year
Baechigi 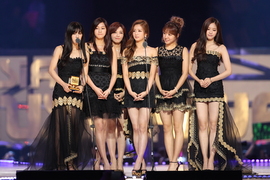 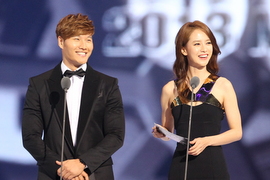 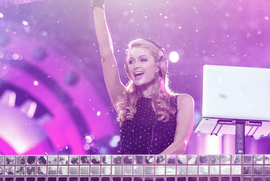 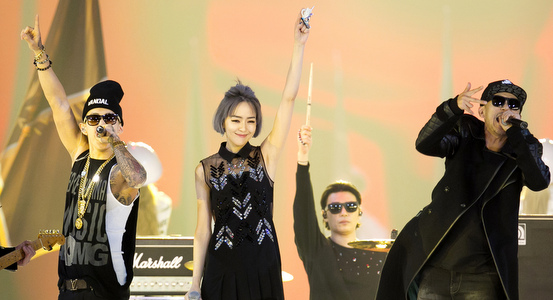 EXO's Kai opened the show with a dance solo to Enter the Dragon, which led into an explosion of rock and rap from Jaurim, Jay Park and DJ Doc's Lee Ha Neul.

Performing at MAMA for the third straight year, Trouble Maker may be a project unit, but they're starting to feel like a MAMA staple. HyunA and Hyun Seung heated up the stage as sexy and dangerous outlaws with their latest hit "Now," and Infinite crashed the escapade with BTD and Destiny. 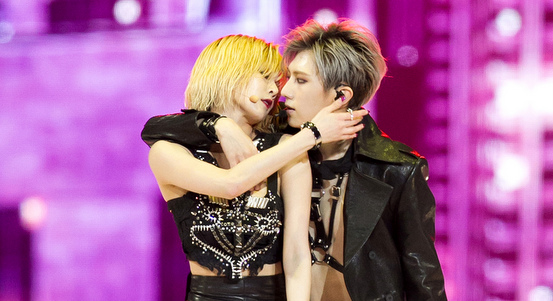 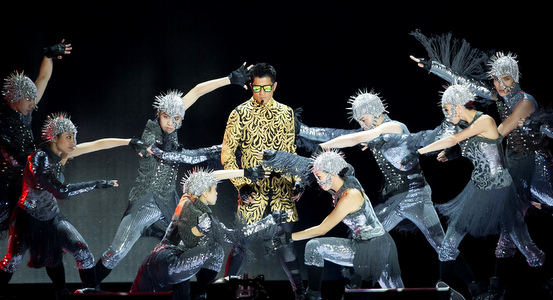 Hong Kong's eternal dancing king Aaron Kwok did what he does best in front of the hometown crowd, performing his Mandarin dance remake of Perhaps Perhaps in a mind-boggling, navel-flashing, neon-colored stage costume.

Girl power groups unite with 2NE1 and Swedish duo Icona Pop joining stages. 2NE1 performed two of their softer songs, Lonely and "Missing You," while Icona Pop brought the club party sound with All Night and I Love It featuring CL. 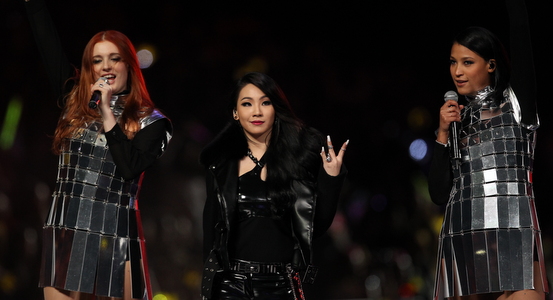 The winners of Mnet's dancing survival program Dancing 9 made full use of the venue, including the AsiaWorld escalators, for their impressive dance skit performance. 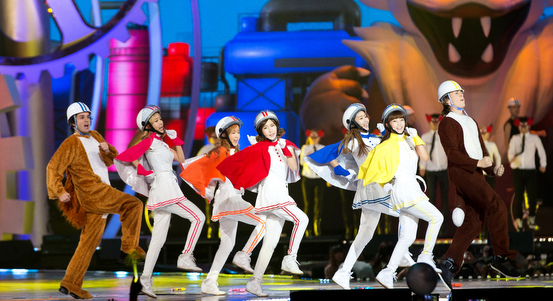 Foxes with helmets! Norwegian viral sensation YLVIS and Korea's own breakout darling Crayon Pop performed their super catchy hits The Fox and Bar Bar Bar complete with funny costumes and cute dance moves. And then they combined forces in a hilarious crossover that had the audience in stitches. 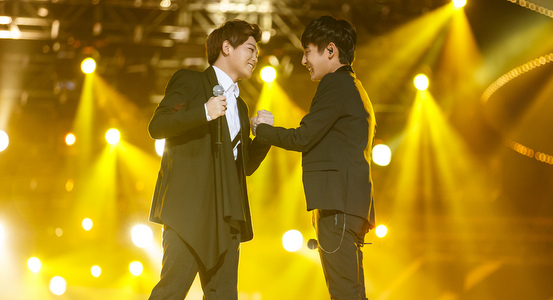 Taking different paths to the same dream stage, Parc Jae Jung and Zhu Jiajia, the newly crowned winners of Superstar K5 and Superstar China, performed Annie and We Are Young together.

Last year, EXO performed at MAMA as fresh rookies. This year, they brought an even bigger stage with a curiously dark concept and fighting dance breaks to accompany their hits "Growl" and "Wolf." 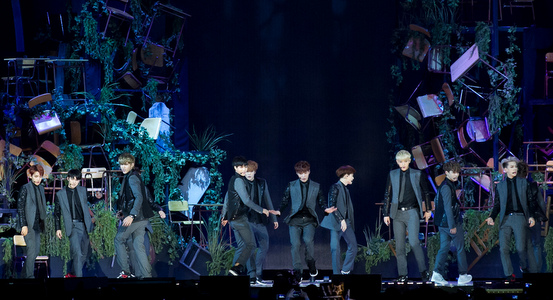 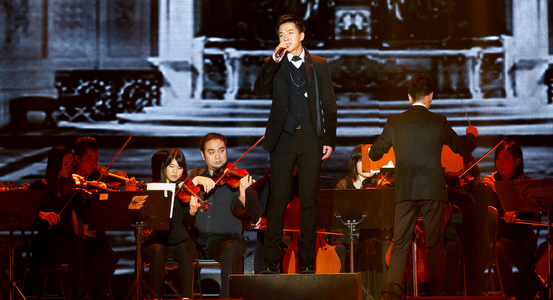 Lee Seung Gi multi-tasked as the MC of the show and a performer. Backed by a string orchestra, he belted the ballad "Return" which won him the Best Vocal Performance award.


Man of the Moment 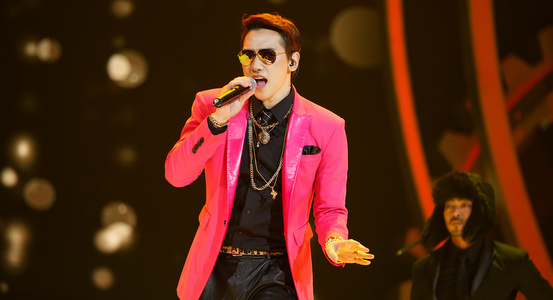 Recently discharged from the army, the controversy-ridden Rain made his comeback on the MAMA stage and resoundingly reminded everyone of his unparalleled stage presence with charismatic performances of "How to Avoid the Sun," It's Raining and Hip Song.

Considering the number of crown sticks in the audience, it almost felt like a Big Bang concert when they took stage. T.O.P and Tae Yang performed their new solos Doom Dada and Ringa Linga, and Seung Ri and G-Dragon followed with Let's Talk About Love and "Crooked." Big Bang ended this year's performance the same way as they did last year's - with Fantastic Baby. 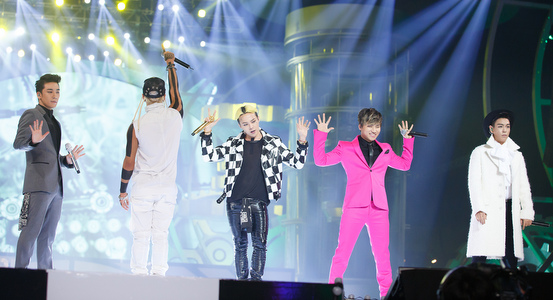 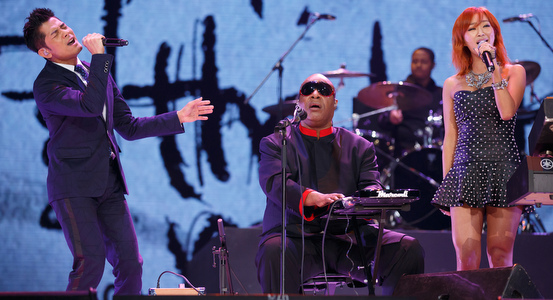 In what has to be the most surreal collaboration MAMA has ever delivered, the legendary Stevie Wonder teamed up with Sistar's Hyo Rin and Aaron Kwok for I Just Called to Say I Love You, and capped the show with the timeless classics Lately, Isn't She and Superstition. 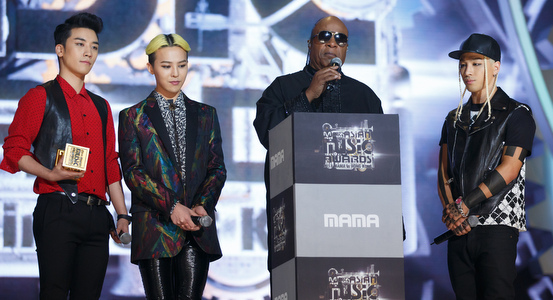 Visit YesAsia's Facebook page and YouTube Channel for photos and videos from the 2013 MAMA press conference and red carpet.