Celebrating the best in Asian cinema, the 6th Asian Film Awards (AFA) were held on March 19, 2012 in Hong Kong. The YumCha! team has been attending the annual AFA award ceremony since the very first edition, and this year we kept ourselves busy covering not only the award ceremony, but also the red carpet, backstage, and media events. Here's a roundup of our favorite moments and soundbites from the 6th Asian Film Awards! 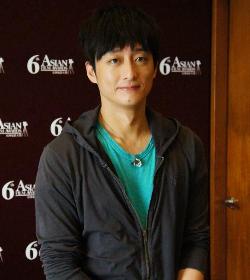 Taiwan actor Lawrence Ko might have won his award as a supporting character, but he has a special way of approaching every role - regardless of screen time: "I always approach the roles as if I'm the star, just like you are the star of your own life story. I would even write the life story of the character I'm playing before we start shooting to understand him better." 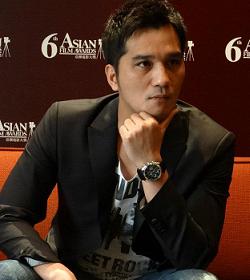 Like the character Temu Walis he plays in the Taiwan historical epic Seediq Bale, Umin Boya himself is from the Toda group of the Seediq tribe: "As I myself am a descendant of the Toda group, I had more emotional investment in my role beyond just playing a character. Every time I put on the tribal costume and tattoos, I felt a great sense of pride." 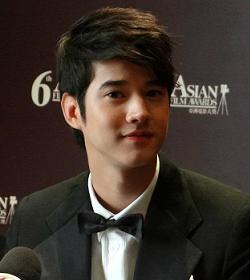 Mario Maurer's AFA Best Supporting Actor nod for The Outrage is his second, having been nominated five years ago for his breakout debut in The Love of Siam. The 23-year-old Thai star admits he didn't know what acting was back then, but he's learned much since: "You never graduate acting. The roles you get are never the same." 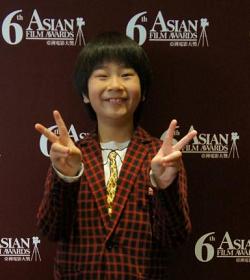 Even though 11-year-old Maeda Ohshiro was off to an overseas activity without his older brother (I Wish co-star Maeda Koki) for the first time, Ohshiro-kun still had plenty to get excited about. "Even though I didn't win, I'm very happy to be nominated, because it makes me feel like I'm better than my brother. Being able to come here is something I can boast to him!" 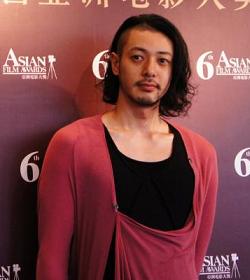 Japanese actor Odagiri Joe may have played father to the Maeda brothers in I Wish, but it seems he learned more from his sons: "They're very serious about work, so in reverse I was the one motivated by them." He also mentioned that a Chinese director he's interested in working with in the future is Johnnie To. 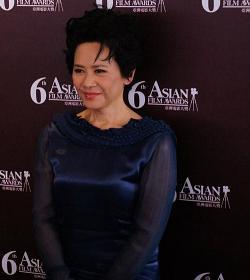 Despite being the heavy favorite, Deanie Ip considers herself lucky to have A Simple Life. "Many films don't feature an older protagonist because audiences want to see younger characters, so my age is a big obstacle. The same goes for Hollywood - the only lucky ones are Meryl Streep and Judi Dench. I guess I must be the luckiest actress in Hong Kong." 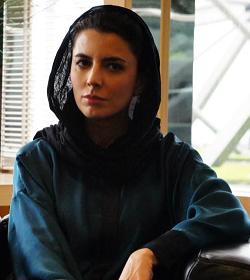 Best Picture winner A Separation from Iran has been winning acclaim worldwide. How has the film been able to connect with audiences worldwide? Lead actress Leila Hatami believes that it's the filmmaker's way of depicting human feelings and conflicts. "Even in the best society, there is still human weaknesses and wishes. The film is about people, regardless of their culture, social position, or their professions." 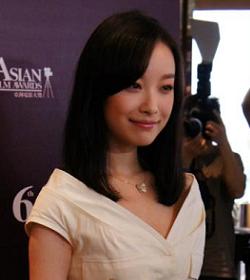 All eyes are on Ni Ni, who still hasn't chosen her follow-up project to Zhang Yimou's big-budget epic Flowers of War. "I'm a little cautious in approaching my next role. Since I am still new, I would pick a character that is more suitable for me. This doesn't mean I'm afraid though. I will still give a 100% effort. Perhaps I can try different roles to see what suits me best." 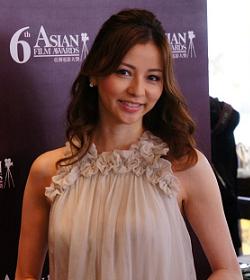 Japanese actress Karina already has extensive experience in acting, but there's still one genre that she has yet to do: "Actually, I've never done an action film before. Maybe my persona is the reason no one's ever approached me to do an action film. So I would like to try that out someday." 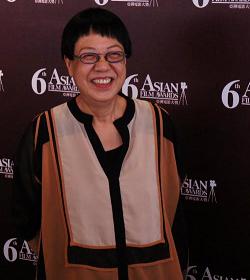 Despite her decades of experience as a director, Ann Hui is hesitant about giving any advice to those who want to follow in her footsteps: "This generation has their own set of problems, and I don't want to tell people what to do. I always believe that young people should be free to make their own choices." 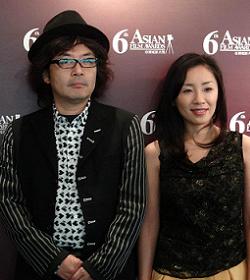 Japanese auteur Sono Sion has made two films - Himizu and his latest Land of Hope - in the disaster area in a year's time. He acknowledges that last year's tragic events has had an emotional impact on him and his work: "I wanted to make the films quickly to deliver the message as fast as possible because relief efforts were in immediate need." 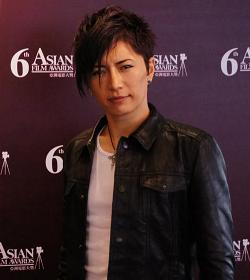 Japanese singer Gackt hasn't acted in many films over the course of his career, but he definitely has a passion for it: "I love to act. I'm very interested in foreign films, and if I have a chance to shoot overseas, I will try to adjust my schedule for it. I would prefer to play a villain, because I would like to play characters with lots of emotions - sorrow, anger, anything that has lots of emotions." 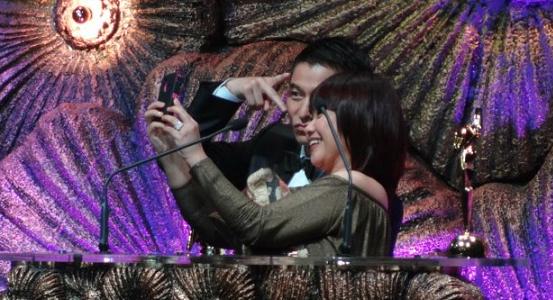 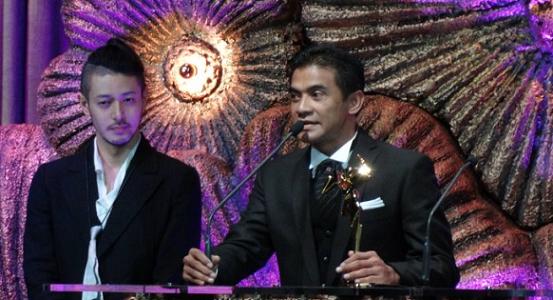 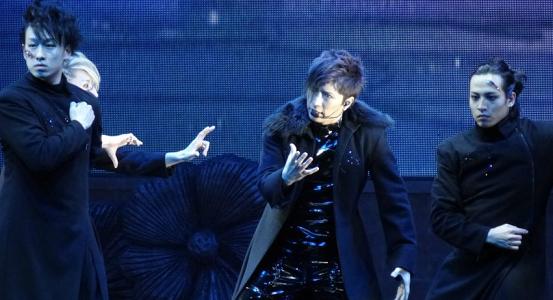 Gackt performing at the ceremony 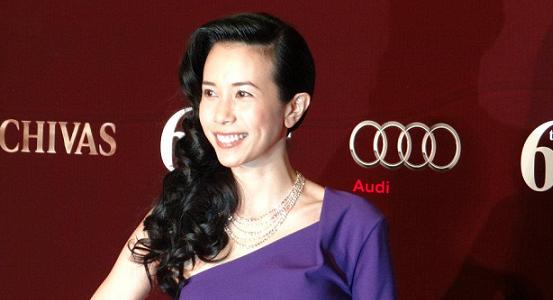 Karen Mok on the red carpet 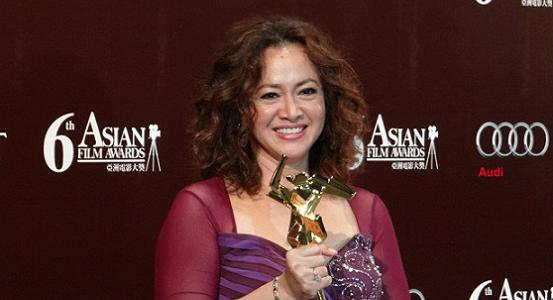 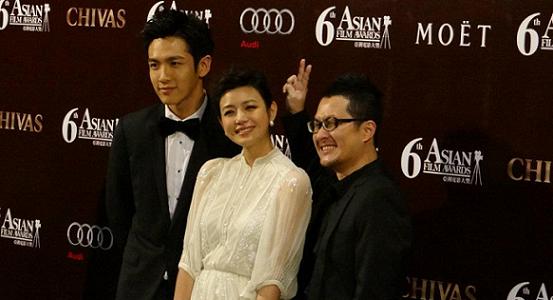 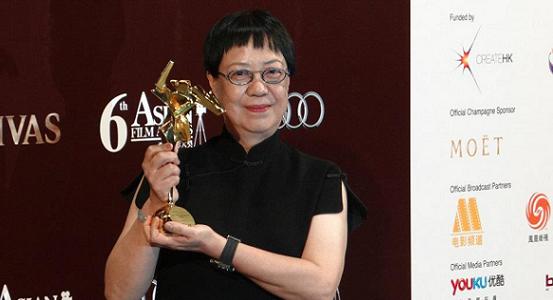