The Chinese title of Atari Kousuke's new album includes the subtitle "Voice like a Musical Instrument". It's not an easy declaration to live up to, but the Japanese artist is indeed one of the most unique and memorable voices in Asian pop. Born on Amami Island, located in southwestern Japan near Okinawa, Atari Kousuke has become one of the most famous representatives of Amami's folk music tradition of shima-uta, or "island songs".

Applying the shima-uta vocal techniques of octave leaps, register breaks, and high-pitched vibrato to popular music, he has brought the traditional musical style to a wider audience in not only Japan but around Asia, particularly Chinese-speaking regions. Atari was in town in early December for his first Hong Kong concert, and YumCha! gladly met up with the popular singer to find out more about his new album. 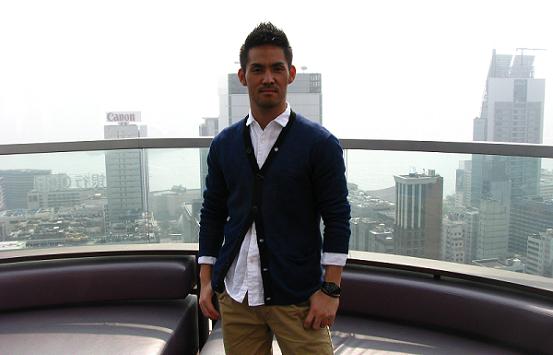 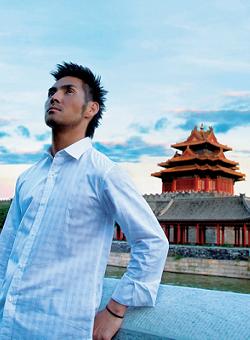 In November 2010, Atari released a special compilation album exclusively for the Chinese region. The Atari Kousuke Best Selection album is mainly a collection of his Chinese collaborations and Japanese remakes of Chinese songs. In addition to his previous hits, Atari selected and recorded additional Chinese remakes just for the compilation. It isn't common for a J-pop artist to especially tailor an album for the Chinese market, but Atari was inspired to take on the project due to popular request. "There were many fan requests," he said, "and I myself also wanted to give it a try."

Atari is no stranger to Chinese music fans. After a notable indies career as a folk artist, he made his major debut in Japan in March 2006 with the single Sorezore ni, which was promptly picked up for a Cantonese remake by Hong Kong superstar Andy Lau. In the same year, Atari collaborated with Chinese singer Cecilia Han, and released the album Natsukasha in the Chinese market, ahead of even an album release in Japan. Natsukasha featured Atari's first Chinese remake, a Japanese cover of Leehom Wang's Xin Zhong De Ri Yue. His most famous remake though is probably Michael Wong's Tong Hua, which is also included in Atari Kousuke Best Selection. 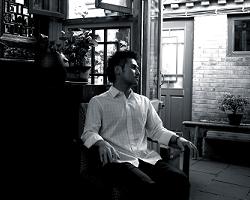 Even though Atari has covered Chinese songs before, the latest album still represented a new challenge to the singer. Fans in China, Taiwan, and Hong Kong voted for the album's three new remakes: Teresa Teng's Zai Shui Yi Fang, Jay Chou's Hua Hai, and Ming Nian Jing Ri from Eason Chan, whom Atari named as an artist he's interested in working with in the future. When asked to describe the process of rearranging and reinterpreting familiar hits to fit his vocal style, he commented, "It does feel difficult in the beginning. I start by trying out the song myself first, then I go back and listen to how others sang it for reference."

Atari also recorded a Mandarin song this time, a cover of Han Hong's Qingzang Gaoyuan. So, is there possibly a Chinese-language album on the horizon for the singer? Atari laughed away the suggestion, replying that he'd like to if he had the chance, but only when his language abilities allow him to do so. Though his Mandarin pronunciation for Qingzang Gaoyuan may not be perfect, Atari's shima-uta vocal style is a perfect match for the haunting, Tibet-inspired ballad. 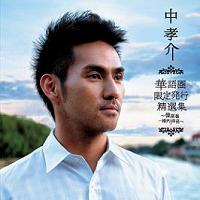 Since going major in 2006, Atari has come a long way blending shima-uta into pop, his music evolving while retaining his unique vocal style. Shima-uta hasn't exactly become mainstream, but the success of artists like Atari Kousuke and Hajime Chitose before him does have the Japanese pop world listening. "Shima-uta hasn't really influenced J-pop too much," Atari observed, "but it's good that this traditional music style can be brought to a younger generation."
Though his musical roots are traditional, Atari is very much interested in trying new things, and applying shima-uta to other musical genres. "I'd like to try singing different styles of music," he said. "For example, rock and reggae. This time I tried shima-uta with Chinese music for the first time." Atari also discussed the importance of emotional expression in shima-uta. "People experience a wide range of emotions, and being able to convey all these feelings through shima-uta is its essence." It is perhaps this emphasis on the connection between music and emotion that has enabled Atari's songs to connect with so many fans around Asia. 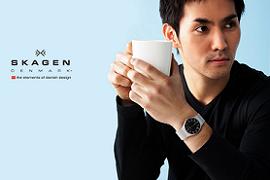 Hajime Chitose may have popularized Amami shima-uta to J-pop first, but Atari Kousuke has taken the seemingly very local and traditional musical style to farther places. One of the most well known and active Japanese singers in the Chinese region, Atari regularly performs in China and Taiwan, and has held concerts in Shanghai and Taipei. He is especially loved in Taiwan, where his debut album charted on major online and offline charts and topped the Yahoo! Taiwan music chart, a first for a Japanese newcomer. As a Japanese artist he was invited to be the spokesperson for the Danish designer brand Skagen Denmark in Taiwan, a sign of Atari's great popularity in the region. 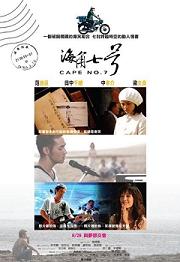 Atari has also tried his hand at acting in Taiwan. He appeared in two roles - a wartime era teacher and himself - in the 2008 blockbuster Cape No. 7, the highest-grossing Taiwan film of all time. The movie's main storyline involves rounding up a local band to play for Atari's concert, and he sings onscreen near the film's end, joining leading man Van Fan in a multilingual rendition of Nobara. More recently, Atari made a cameo in the 2010 urban drama Taipei Exchanges as a cafe customer who sings a song in exchange for a rare music book.

The singer had only praise for the productions he's participated in: "I think they're both really great movies, and I've gotten a lot from acting." Certainly, one positive effect of Atari's silver-screen appearances was the chance to bring shima-uta to cinemas. He plans to continue acting as long as there are suitable roles, and revealed that he'd like to try playing a villain! 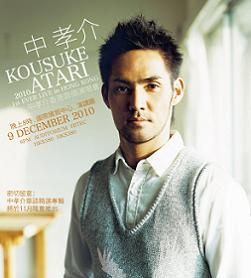 Continuing to spread his wings through Asia, Atari held his first concert in Hong Kong at the HITEC Auditorium on December 9, 2010. His distinct voice resonating clearly through the intimate venue, Atari performed over 17 songs, including most of the songs from his new compilation. He was accompanied only by piano and acoustic guitar for most of the show, giving the concert the back-to-the-basics atmosphere of an unplugged live. Atari mentioned during the interview that he liked Showa-era folk songs, in particular those of Misora Hibari, and his gentle cover of her classic Ai San San was definitely one of the highlights of the show. (Ai San San can be found on Atari's 2009 single Sora ga Sora and his 2010 mini-album Ugamiuta - Kizuna, Sono Te ni.)


The concert, though, was not as quiet and serious as one might have expected. Atari shook things up just the right amount by including the more uptempo La La La and goin' on in the setlist, and he kept the mood light through audience interaction and valiant attempts at speaking Chinese. The crowd cheered especially loudly when he took stage with a sanshin and performed two Amami folk songs. The Hong Kong audience's enthusiastic response to traditional shima-uta shows that Atari has successfully introduced the music and culture of his hometown to new generations and wider audiences. Even his concert T-shirt, for which he amusingly gave a sales pitch, was produced through a traditional Amami dying technique.

Atari ended his first Hong Kong concert with a beautiful, stirring rendition of Qingzang Gaoyuan that beats any studio recording. During the interview, Atari had noted the difficulties of singing in Chinese, but he need not worry when he speaks the universal language of music so well.