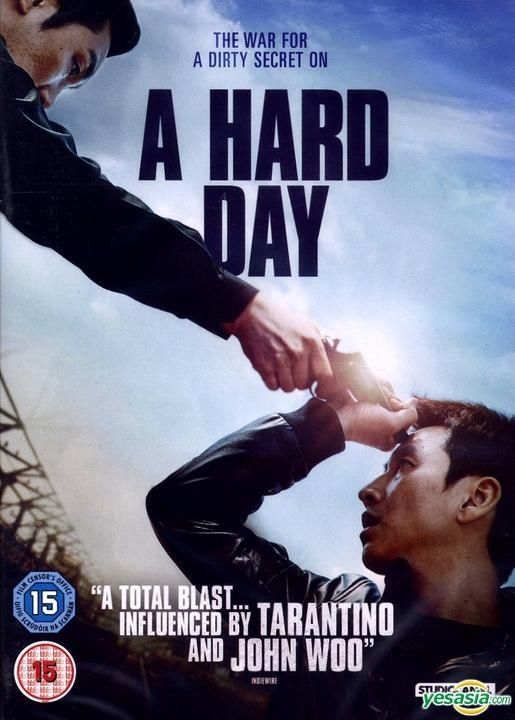 The Japanese remake of the acclaimed 2014 Korean crime suspense A Hard Day will open in Japan on May 19.

Directed by Kim Seong Hun, the original Korean film has already been remade into the Chinese film Peace Breaker (2017), the Philippines film A Hard Day (2021) and the French film Restless (2022). The latest Japanese telling Hard Days is directed and co-written by Fujii Michihito, the director of the Japan Academy Prize-winning film The Journalist.

Taking the role originally played by Lee Seon Gyun, Okada Junichi stars as detective Kudo, who accidentally hits and kills a man one night on the road, and tries to hide the crime. Ayano Go is inspector Yazaki who sends a cryptic message to Kudo about the incident, setting off a desperate cat-and-mouse game that reveals a deep tangle of police corruption and conspiracy. 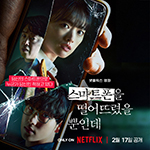 Unlocked is slated for release on February 17. 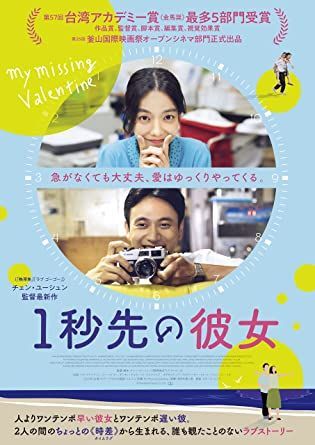 A love story with a fanciful twist, My Missing Valentine is about a woman who's fast in everything except love and a man who moves a bit slower than everyone else. The Japanese remake transplants the romance to Kyoto and gender-flips the roles. Okada Masaki (Drive My Car) plays the male protagonist Hajime who moves at a faster tempo, while Kayohara Kaya (The Door into Summer) is the slower-moving female protagonist Reika who is out of pace with her surroundings. 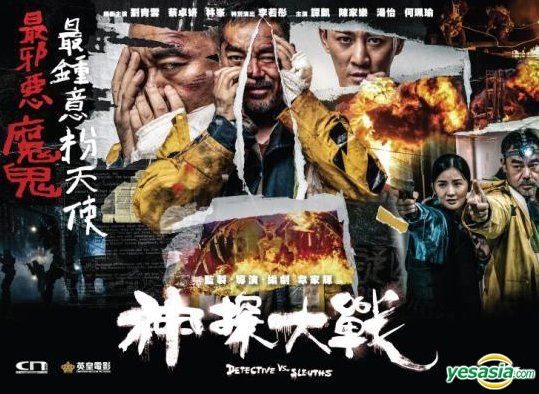 The Narrow Road's Louis Cheung won Best Actor for his role as a cleaning company owner struggling to stay afloat during the COVID pandemic. Sammi Cheng was crowned Best Actress for her performance in Ka Sing Fung's drama Lost Love. This is her second Best Actress prize from HKFCS after winning in 2001 for Wu Yen.

Nominations for the 16th Asian Film Awards were announced at a press conference held in Hong Kong on January 6, 2023. It was also revealed that this year's award ceremony will be held on March 12 at the Hong Kong Palace Museum for the first time. Chinese filmmaker Zhang Yimou, the winner of Best Director at the 15th AFA, will serve as the Jury President and lead a panel of judges to decide on this year's winners.

Thirty films from 22 regions and countries have been shortlisted to compete for 16 awards. Korean film Decision to Leave leads with a total of ten nominations, followed by Japanese film Drive My Car, which is nominated in eight categories.

Dr. Wilfred Wong, the Chairman of the Asian Film Awards Academy, announced the nominations for Best Film, which include Decision to Leave, Drive My Car, Poet, Ponniyin Selvan: Part I and When the Waves Are Gone. Acclaimed director Mabel Cheung announced the nominees for Best Director and Best New Director. Park Chan Wook (Decision to Leave) and Hamaguchi Ryusuke (Drive My Car) will compete with Kore-eda Hirokazu (Broker), Darezhan Omirbayev (Poet) and Davy Chou (Return to Seoul) for Best Director, while the contenders for Best New Director are Makbul Mubarak (Autobiography), Saim Sadiq (Joyland), Jigme Trinley (One and Four), Hayakawa Chie (Plan 75) and Kim Se In (The Apartment with Two Women).

Lin Min Chen, this year's Youth Ambassador fo the AFA, announced the nominees for Best Costume Design and Best Cinematography. Best Costume Design nominees include Alienoid, Anita, Before, Now & Then, Egoist and Ponniyin Selvan: Part I, which is also shortlisted for Best Cinematography along with Before, Now & Then, Decision to Leave, One and Four and Plan 75.

The 16th Asian Film Awards will also present special awards to recognize the contribution of talented filmmakers to Asian cinema, including the Excellence in Asian Cinema Award and AFA Rising Star Award. 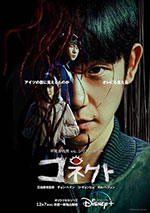 Japanese filmmaker Miike Takashi teams with Korean production company Studio Dragon, the maker of hit Korean dramas like Twenty-Five Twenty-One, Big Mouth and Little Women, for the Disney+ original mini-series Connect. Based on a Korean webtoon by Shin Dae Sung, the crime fantasy thriller depicts the struggle of a man who becomes visually connected to a notorious serial killer.

Jung Hae In (D.P.) stars as the protagonist Ha Dong Soo who has self-healing abilities. Treated as a monster by those around him, he lives a lonely life. One day, Dong Soo gets abducted by an organ trafficking ring and his eye is taken from him. His stolen eye ends up with a serial killer who is terrorizing Seoul. Able to see the murders through the perspective of the killer, Dong Soo does everything in his power to pursue the killer and recover his eye.

All six episodes of Connect will be released on Disney+ on December 7. 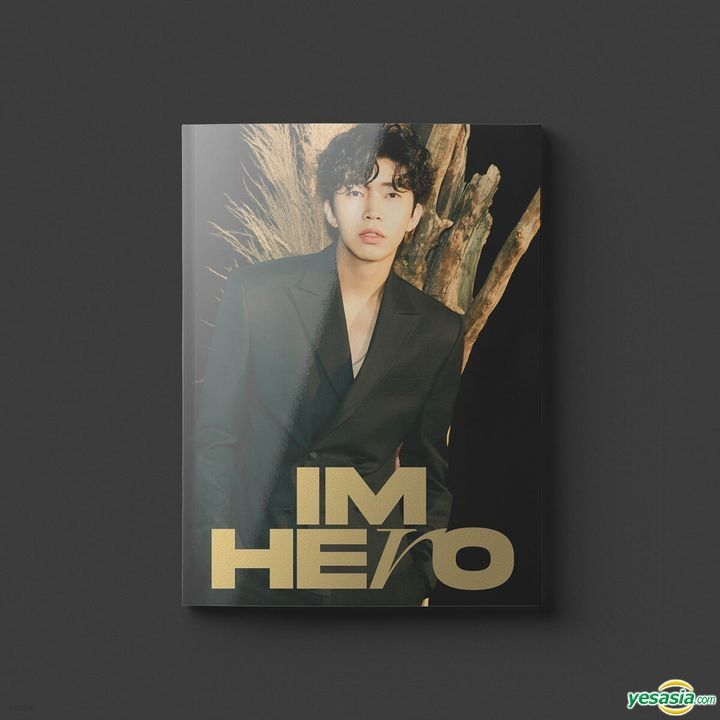 The 2022 Melon Music Awards (MMA) was held on November 26 at the Gocheok Sky Dome. Rookie girl group IVE's megahit LOVE DIVE was crowned Song of the Year, while trot star Lim Young Woong won Artist of the Year and Album of the Year for IM HERO. BTS attained the Record of the Year award.

IU was crowned Best Female Solo, and her concert The Golden Hour: Under the Orange Sun won Stage of the Year. (G)I-DLE's Tomboy collected Music Video of the Year, and the group's leader and producer Jeon So Yeon was named Best Songwriter. LE SSERAFIM obtained the Hot Trend award, plus Best Performance award with TXT. Best OST and Best Collaboration went to MeloMance's Love, Maybe (from drama Business Proposal) and Beyond LOVE by 10cm and BIG Naughty, respectively. 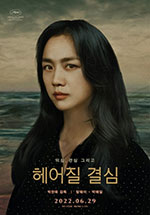 Japanese director Kore-eda Hirokazu and screenwriter Sakamoto Yuji collaborate for the first time for the film Kaibutsu, which completed filming in summer 2022 and is currently in post-production.

With the exception of Maborosi, Kore-eda has written all his narrative films till now, including award-winning works like Shoplifters, The Third Murder and Our Little Sister. However, this time he hands screenplay responsibilities to Sakamoto, whom the director says he has long been a fan of. Sakamoto is known as the screenwriter of acclaimed television classics like Mother and Last Christmas as well as last year's romantic blockbuster We Made a Beautiful Bouquet.

A special video for Kaibutsu released on YouTube shows the backs of two children running through the woods. No other story or casting details have been revealed yet. 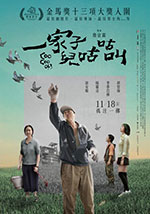 Tsai Tsung Lung's And Miles To Go Before I Sleep about the police shooting of a migrant worker was named Best Documentary. Can You Hear Me? (Best Live Action Short Film), Compound Eyes of Tropical (Best Animated Short Film) and Will You Look At Me (Best Documentary Short Film) triumphed in the Short Film categories. 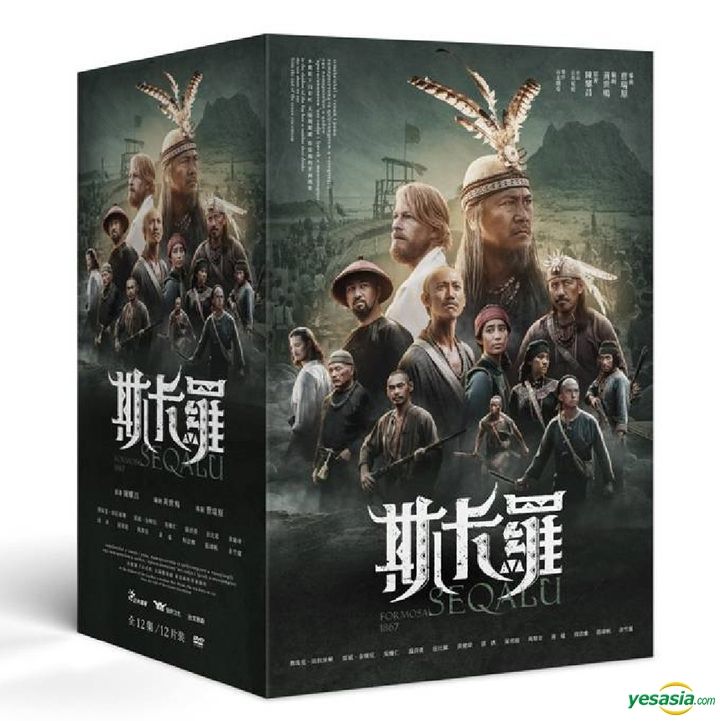 Taiwan's 57th Golden Bell Awards was held on October 21 and 22 in Taipei. For the first time ever, the awards presentation was split into two separate ceremonies for television shows and drama series. 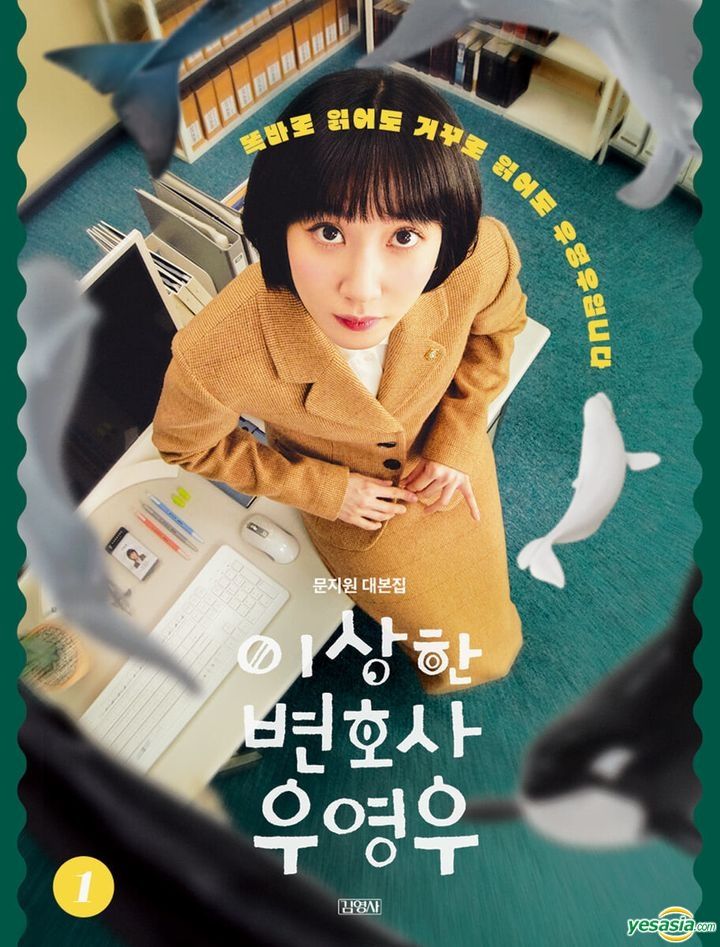 Netflix's sensational drama Squid Game was presented the Technical Achievement Award, and Park Hae Soo – who played the role of Cho Sang Woo – won Best Supporting along with Sora Ma from The Land is Mine. Best Writer went to Wang Xiaoshuai and Yang Yishu for The Pavilion, while Love Behind the Melody's Bao Shang En and The Journalist's Yokohama Ryusei picked up the New Comer awards. 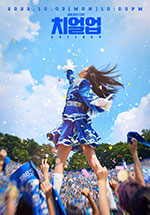 SBS's upcoming college drama Cheer Up is slated to premiere on October 3. Penthouse's breakout rookie Han Ji Hyun (who played Joo Seok Kyung) takes her first small-screen leading role in the mystery romcom along with Bae In Hyuk (Why Her?).

Besides the above fresh-faced newcomers, Cheer Up also co-stars Yang Dong Geun (365: Repeat the Year), Jang Young Nam (It's Okay to Not Be Okay), Baek Ji Won (Extraordinary Attorney Woo) and Ryu Hyun Kyung (Children of the 20th Century). 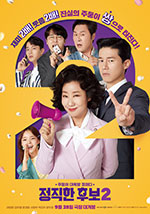 Honest Candidate 2 is a sequel to the same-titled film released in 2020, both of which are directed by Jang Yoo Jung. Ra Mi Ran, Kim Moo Yeol and Yoon Kyung Ho partner up again for the political comedy-drama alongside new characters portrayed by Seo Hyun Woo (Decision to Leave), Park Jin Joo (Swing Kids) and Yoon Du Jun (Return of the Mafia).

Honest Candidate 2 again centers around protagonist Joo Sang Sook (Ra Mi Ran) who has become jobless after falling out of the Seoul mayoral election. One day, she makes news by chance for saving a young man from drowning at the beach. She seizes her opportunity to make a comeback in the political world, but her outspoken character makes her an unlikable candidate. Joo Sang Sook and her team experience numerous challenges again, and it gets even worse when her assistant Park Hee Chul (Kim Moo Yeol) also starts becoming brutally honest. 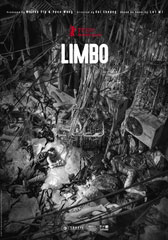 Actor-turned-director Kai Ko is up for Best New Director with his directorial debut Bad Education. The other Best New Director nominees are Lau Kok Rui (The Sunny Side of the Street), He Shu Ming (Ajooma), Tseng Ying Ting (The Abandoned) and Hong Heng Fai (Kissing the Ground You Walked On).

It was also announced that this year's recipient of the Outstanding Taiwanese Filmmaker of the Year award is late explosion effects specialist Chen Ming Ze. Cinematographer Lai Cheng Ying and documentarian Chang Chao Tang will be honored with Lifetime Achievement Awards.

The 59th Golden Horse Film Awards will be held on November 19 in Taipei. 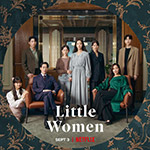 Based on Louisa May Alcott's same-titled classic novel, Little Women depicts the story of three sisters fighting against the most powerful chaebol family in Korea. Kim Go Eun stars as first child Oh In Ju who grew up realizing the importance of money. She works as an accountant and wants to protect her family with her money. Nam Ji Hyun takes the role of middle child Oh In Kyung, a reporter who is determined to always do the right thing. Park Ji Hu plays the youngest girl Oh In Hye, an art prodigy who gets admitted to a prestigious art high school despite coming from a poor family. Wi Ha Joon plays Wonryung Group's overseas branch manager Choi Do Il who can risk his life for money.

Little Women is slated to be released on Netflix on September 3. 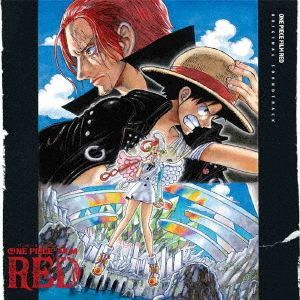 Since opening on August 6, the animated feature One Piece Film: Red has topped the Japanese box office for four consecutive weeks. As of August 28, it has grossed over 11.45 billion yen domestically, and attracted 8.2 million viewers in 23 days. One Piece Film: Red is the second Japanese film to reach the 10 billion yen benchmark in 2022 after Jujutsu Kaisen 0, which was released in January and grossed 13.8 billion yen.

One Piece Film: Red is the 15th film installment in the One Piece series, and the biggest film yet for the beloved franchise. The film depicts the Straw Hat Pirates going to a certain island to participate in a music event. Mysterious, world-famous diva Uta is set to reveal her identity there, and it turns out she is the daughter of Shanks.

One Piece Film: Red is directed by Taniguchi Goro, and Oda Eiichiro, the author of the One Piece manga, served as the film's general producer.

The 2022 K Global Heart Dream Awards was held on August 25 at the Jamsil Students' Gymnasium. The ceremony was hosted by comedian Lee Yong Jin and actress Jeon So Min. 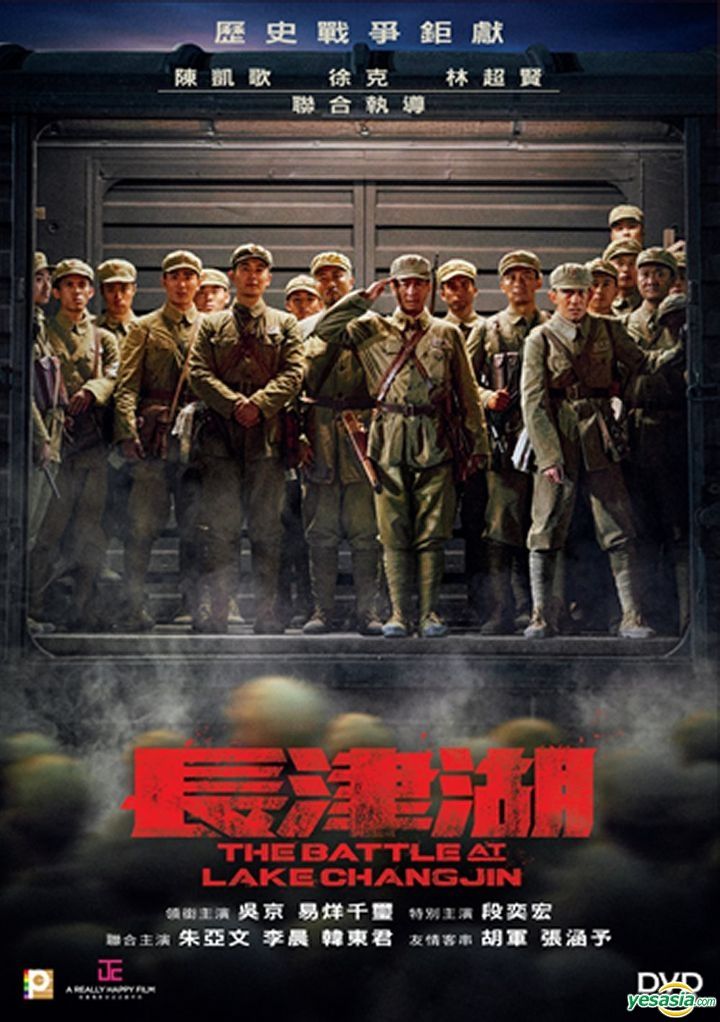