In 2011, no Taiwan film was more anticipated than Warriors of the Rainbow: Seediq Bale, the two-part historical epic from director Wei Te Sheng, whose previous Cape No. 7 broke Taiwan's all-time box office record and helped revitalize the local film industry. Seediq Bale is based on the true story of the 1930 Wushe Incident, in which the aboriginal Seediq people revolted against the Japanese imperialist army after years of oppression. Though it did not surpass Cape No. 7's box office, Seediq Bale was Taiwan's highest-grossing homegrown feature of 2011 and the winner of Best Picture at the 48th Golden Horse Awards.

Seediq Bale's huge cast includes marquee names like Japanese actor Ando Masanobu and singers Vivian Hsu and Landy Wen, but the Seediq male warriors - the core of the film - are largely portrayed by newcomers and non-professional actors. Among the main cast of Seediq warriors, there is only one established star: Umin Boya. Better known locally by his Chinese name Ma Chih Hsiang, Umin Boya has participated in many television and film productions in the past ten years, though his role as Temu Walis in Seediq Bale is no doubt his highest-profile appearance, earning him a Best Supporting Actor nomination at the 6th Asian Film Awards. The 34-year-old actor talked to the media about Seediq Bale as well as his upcoming film when he was in Hong Kong for the Asian Film Awards. 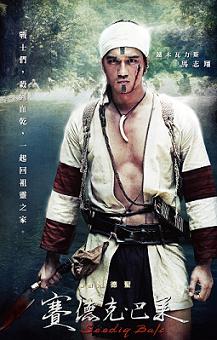 The Seediq people are divided into three tribal groups: Tgdaya, Toda, and Truku. Legendary chief Mona Rudao (portrayed by Lin Ching Tai), the leader of the Wushe uprising and larger-than-life hero of the film, was from the Tgdaya group. Umin Boya's character of Temu Walis was the chief of the rival Toda group, which fought against the Tgdaya during the Wushe uprising. Like Temu Walis, Umin Boya himself is from the Toda line, making the film and the role of especial significance to him: "As I myself am a descendant of the Toda group, I had more emotional investment in my role beyond just playing a character. Every time I put on the tribal costume and tattoos, I felt a great sense of pride."

Temu Walis's decision to fight alongside the Japanese makes him a particularly interesting and conflicted figure in the film. Wei's script ties the motivation for his actions back to "Gaya", the way of being that guides all Seediq people, be it the Tgdaya or the Toda. Though Temu Walis and Mona Rudao fought on opposite sides of a futile battle, they are also fighting for the same reason, for what awaits in heaven beyond the rainbow bridge. Umin Boya emphasizes that this is a key point that makes Seediq Bale so different from other films about war or freedom fighting, as the Seediq warriors are "using death to resolve hatred... fighting for spiritual freedom after death."

Umin Boya and the rest of Seediq's male aboriginal cast spent a few months training together before the film began shooting. They took part in physical training, as well as language and archery lessons, to prepare for the physically demanding battle scenes in the mountain forests. He credits the extensive training for his ability to easily get into the role: "Acting is putting one's experience into performance. Because we did a lot of preparation, we already had a lot of experience."


Seediq Bale, 10 Years in the Making

Wei Te Sheng certainly had a lot of time to prepare for the film as it took him a decade to bring Seediq Bale into fruition. After the success of Cape No. 7, Wei parlayed his newly earned clout to launch the project he'd had in mind for ten years. Raising the funds to complete his labor of love though was no easy endeavor. Umin Boya reveals he actually began preparing for his role a good six, seven years ago, but the production was delayed due to financing issues, and it wasn't until 2010 that filming was confirmed. Seediq Bale turned into the most ambitious and expensive undertaking in the history of Taiwan cinema, with a budget that ballooned to NT$600 million (roughly US$18 million) and John Woo joining as producer.

Split into two features, both shot almost completely in the Seediq language, Seediq Bale drew both acclaim and criticism for its sprawling action, realistically grisly depiction of warfare and beheadings, and abstract spiritualism. The film, which premiered at the Venice Film Festival with a 150-minute cut before opening in Taiwan as two films in September 2011, was heralded for its vision and scale, but also questioned for its narrative thinness and historical accuracy. There is no doubt, however, that the film elevated Taiwan cinema to a new level, and also increased local interest in Seediq culture and language.

Umin Boya readily acknowledges the inherent tensions that can arise from making a commercial epic about indigenous history. As an aborigine, he too asked the same question that many others no doubt asked: "For a history like this, why is the story being told by a Han Chinese person? Wei Te Sheng had the ability to win us over." Umin Boya trusted the director completely, and admired Wei's dedication to the film and his ability to balance the huge cast of professional and non-professional actors. "I could give my all to the director without any worry," he notes, "because I knew there was a strong production team behind us."
As for concerns about narrative needs versus history, Umin Boya remarks diplomatically, "Film is film. History is history." He feels it's acceptable to make changes for narrative reasons as long as the focus is unchanged, that being the story of the Seediq rising to free their people and their culture.


From TV Idol to Award-winning Director

Umin Boya may have lost to fellow Taiwan actor Lawrence Ko at the Asian Film Awards this year, but he has some awards of his own already, just not in acting. He first rose to attention the same way as most of the other handsome Taiwan actors of his generation: television dramas, which were until recently far bigger conduits to fame than Taiwan films.

Though Umin Boya has accrued a respectable filmography as an actor, he's garnered more acclaim for his work behind the camera. Since 2007, he has written and directed a television mini-series every year. Drawing on his roots, his moving, humanistic dramas about the lives and struggles of indigenous people in contemporary society have turned him into a regular at the Golden Bell Awards.

In 2007, he won Best Writing for his directorial debut "Ten-year-old Mama's Wish", which is about a 10-year-old girl who longs to see her mother again. In 2008, he won Best Directing for "Promised Not to Cry", about two brothers who travel to Taipei to find their father for school tuition. Both stories are inspired by his observations of life in the Bunun tribal reservation, and aim to raise awareness about poverty in indigenous communities as well as the increasingly common phenomenon of aborigine children being left on reservations while parents work in the city. He was nominated for Best Directing again in 2010 for Smile and in 2011 for "Swaying Bamboo Forest", both of which are also about the aborigine experience.

For Umin Boya, who may be viewed more as a writer and director than an actor these days, the significance of receiving an AFA acting nomination is certainly not lost on him. "My friends always laugh and say that I should just be a director," he says, "so I'm glad to prove to them that I'm also a good actor." This actor-turned-director, however, is keen on keeping acting and directing separate, which would explain why Seediq Bale is the only production Umin Boya has appeared in as an actor in the last three years. "It's too greedy to work simultaneously in both acting and directing," he explains. "Of course, if I receive a good script, I am still interested in acting." As for the possibility of appearing in his own directorial works, he deflects with a Chinese expression: "One heart cannot be used for two things."


The Spirit of Kano 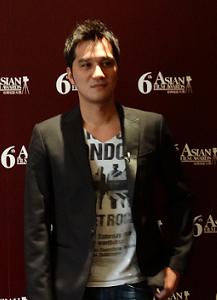 Umin Boya's next project will see him returning to the director's chair for a baseball movie titled Kano. Written and produced by Wei Te Sheng, the film follows the inspiring real-life story of the Kano baseball team, a high school team from the town of Chiayi which in 1931 made it all the way to the finals of Japan's nationwide baseball tournament. "In 1931 during the Japanese colonial period, the mentality at that time was that Taiwan baseball was for Japanese people," Umin Boya explains. "But in Chiayi there was a team that had not just Japanese players, but also Chinese and aboriginal players. This was very special for the colonial period, a baseball team of three ethnicities."

After the arrival of a new Japanese coach, this underdog team defied expectations by winning repeatedly, and eventually representing Taiwan in the Koshien tournament. The success of the Kano baseball team was a source of great pride during the colonial period and an important turning point in the history of Taiwan baseball. Umin Boya finds the story especially moving because of the way the team knocked down ethnic and nationalistic barriers through baseball: "In baseball, it doesn't matter who you are or where you're from; if you can hit a homerun, you're a hero. Sports can transcend politics."

The historical setting, humanist story, and ethnic themes are very much in line with Wei Te Sheng and Umin Boya's past works. As Umin Boya puts it, "If Cape No. 7 is about resolving regrets and Seediq Bale is about resolving hatred, then Kano is about people of different ethnicities working together for the same goal to see if it's possible to create a miracle."

People coming together to see if it's possible to create a miracle might well describe what's been happening in the Taiwan film industry. The past few years have been exciting, feel-good times for Taiwan cinema with the emergence of a new generation of young, talented filmmakers and a box office renaissance that started with Wei Te Sheng's Cape No. 7. There has been an outpouring of local pride and goodwill for Taiwan films, and it's extended beyond the island. Last year, You are the Apple of my Eye not only dominated pop culture in Taiwan, it conquered the Hong Kong box office, displacing Kung Fu Hustle to become the highest-grossing Chinese-language film of all time in Hong Kong.
"We thought Taiwan cinema was dead," Umin Boya admits, "but unexpectedly, after Cape No. 7 more films gradually came up - Monga, Night Market Hero, Jump Ashin, You are the Apple of My Eye, Seediq Bale. We [Taiwan film workers] are all very excited. We really look forward to the next ten years." And we look forward to seeing more of Umin Boya, both as an actor and as a director. 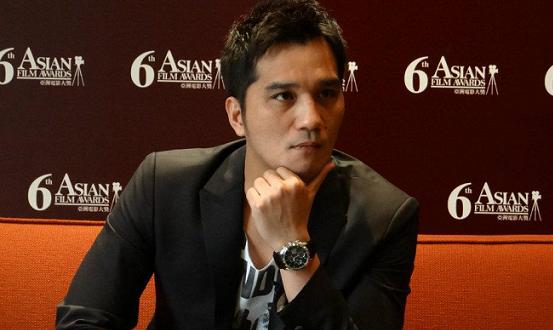 Special thanks to the Asian Film Awards